In physics, you will learn about several motions of the body. Do you ever think about what causes motion in these objects? Well, it is force. Similarly, what stops the object under motion? That is also a force. So, you see that force and motion are basically two sides of a coin. For instance, we see the interdependence of force and motion in throwing a ball and catching a ball. This article will take us through the meaning of force and motion and the relation between them. 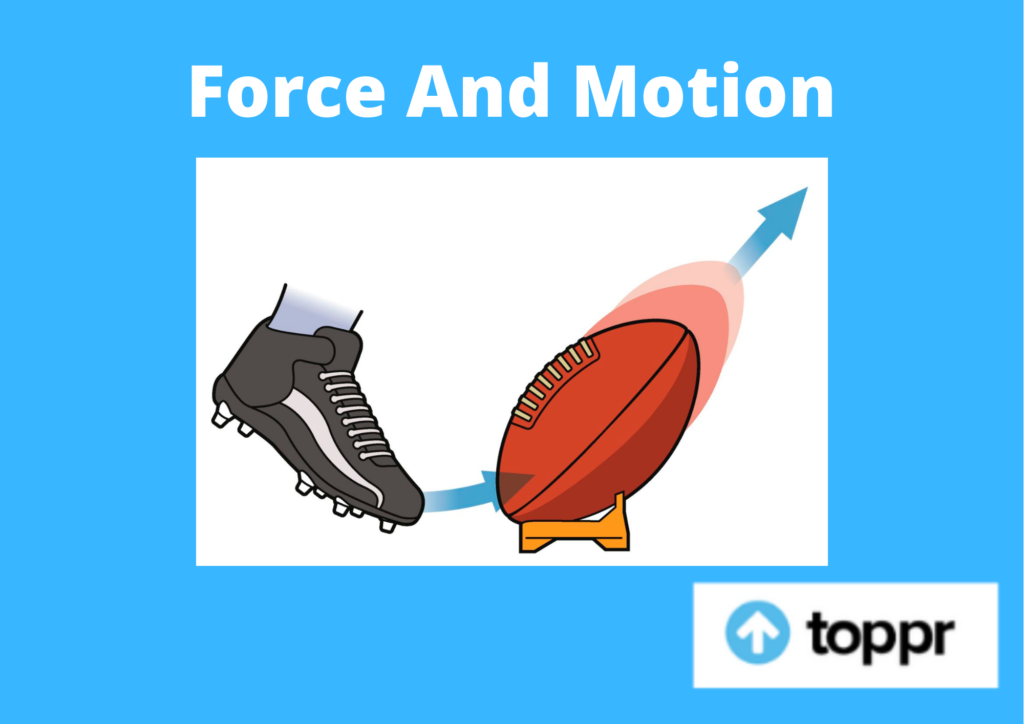 Introduction to Force And Motion

Force is basically a push or pull which acts on an object or energy as an attribute of physical action or movement. It happens when two entities are in contact. Further, motion is when a body is moving, it is in motion. Thus, we will now look at these separate topics in detail.

The universal law of gravitation says that every object in this universe exerts a force on others. The force which acts on an object is given by the following parameter:

For instance, suppose there are two bodies of mass M and m. They are positioned in such a manner that the body with mass m is resting over the body with mass M. In physics, we will state that these two bodies will exert forces on each other. Thus, we can say that whenever there is an interaction between two or more bodies, force is going to be a part of the interaction.

Whenever a body is moving, we state that it is in motion. For instance, if a girl is walking down the street from a park to her home, we will say that the girl is in motion. However, suppose that girl stops for 2 minutes on the way to buy candy.

If someone asks at that time if the girl is in motion, the answer will be ‘No’. This is to infer that the motion of a body depends on time. In physics, we state that motion is the change in the position of a body with regard to time.

The relation between Force and Motion

Force and motion deeply connect in nature. In other words, force is the cause of motion. If something is moving, we will say that some force is acting on it or some force must have acted on it which is producing this motion.

If a woman is walking, and hence in motion, there must be some force acting on her which is making her move. So you ask, what is this force? It is the muscular force of her body. In simpler terms, force is neither a push nor a pull.

It is “any interaction that, when unopposed, will change the motion of an object”. By the definition itself, it becomes clear that force affects the state of motion of an object. Moreover, motion is the change in position with respect to time.

Naturally, we can describe motion as a change in speed, or change in direction. The first person to discover the relation between both was Sir Isaac Newton. He concluded that force can accelerate the body, decelerate the body and it can change the direction of the moving body.

From Newton’s second law of motion, we can express the relationship between force and motion mathematically as:

All in all, force and motion are two heavily connected entities. Force can result in the acceleration, deceleration, change in direction or total cessation of motion.

FAQ on Force and Motion

Question 1: What is a force?

Answer 1: Force is basically a push or pull which act on an object or energy as an attribute of physical action or movement. It happens when two entities are in contact.

Question 2: What is the SI unit of force?