When we displace a system, say a simple pendulum, from its equilibrium position and then release it, it oscillates with a natural frequency ω and these oscillations are free oscillations. But all free oscillations eventually die out due to the everpresent damping forces in the surrounding.

Consider an external force F(t) of amplitude F0 that varies periodically with time. This force is applied to a damped oscillator. Therefore, we can represent it as,

Thus, at this time, the forces acting on the oscillator are its restoring force, the external force and a time-dependent driving force. Therefore,

Equation III is the equation of an oscillator of mass m on which a periodic force of frequency ωd is applied. Obviously, the oscillator first oscillates with its natural frequency. When we apply the external periodic force, the oscillations with natural frequency die out and the body then oscillates with the driven frequency. Therefore, its displacement after the natural oscillations die out is given by:

where t is the time from the moment we apply external periodic force.

The phenomenon of increase in amplitude when the driving force is close to the natural frequency of the oscillator is known as resonance. To understand the phenomenon of resonance, let us consider two pendulums of nearly equal (but not equal) lengths (therefore, different amplitudes) suspended from the same rigid support. 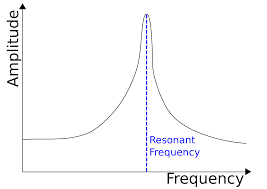 Here’s a Solved Question for You:

Solution: c) When the natural frequency is equal to the driven frequency, the amplitude of the oscillations is the maximum. Therefore, the phenomenon takes place.