In view of the coronavirus pandemic, we are making LIVE CLASSES and VIDEO CLASSES completely FREE to prevent interruption in studies
Principles and Practice of Accounting > Issue of Debentures > Debentures Issued at Discount

Debentures are the most common form of long-term loans that can be taken out by a corporation.  This is also an important financial instrument to raise funds from the public in exchange for a fixed rate of interest. Unlike shares, a company can issue debentures at a discount which is called “Debentures issued at Discount”. Giving debentures at a discount increases the capital of the company with respect to the less increase in the Cash for it. Hence, discount turns out to be a loss for the company but increases the demand for security.

A person has to follow a specific process to take some debentures in his own name. It involves the investors applying for debentures according to the prospectus given by the company.

Sometimes, the company asks for the whole amount on application only but mostly the company does it on an instalment basis. Debentures can be issues at 3 different values which are : 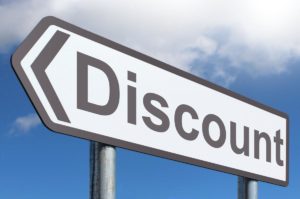 When debentures are issued by the company at a price less than its nominal value (face value) it is said to be issued at discount. It is important to note that the Companies Act has not put any restriction on the maximum limit of discount.

For example, if a debenture of Rs. 2,000 is offered to the public at Rs. 1,950, it is issued at a discount. Here Rs. 50 on each debenture is a loss to the company. For a company, it is desirable to write off this loss.

There are different journal entries in connection with the issue of debentures.

1. On receipt of Application Money

2. On allotment, the application money on debentures allotted is transferred to debentures account

3. Amount Due on Allotment (Considering Discount)

Alabama Ltd. issued 10,000, 10% Debentures of Rs.100 each, at Rs.90 (Case of Debentures issued at Discount), redeemable at par after 5 years, payable Rs.70 on the application and the balance on allotment. The debentures were fully subscribed and all the money was duly received. Prepare Journal.

Share with friends
Previous
Types of Companies
Next
Treatment of Reserves