In Alligation & Rule of Alligation, we study mixtures of two or more than two quantities that have different selling process or cost prices. Imagine that you mix a cheap substance with an expensive substance. What should be the value of the resulting mixture? That is what we will study in the Alligation & Rule of Alligation. In the section below, we will see what Alligation is, we will also what mean price and the rule of alligation is. After studying the following section you will be able to answer all the questions based on alligation and the rule of alligation in less than a minute.

Alligation And Rule of Alligation

To understand the formula of the Alligation and the rule of alligation, we have to understand the concept of weighted average. For example, let us say that we buy 50 packs of chips at the cost of 10 rupees each and 30 packets at the cost of 20 rupees each. What is the average cost? Will the average will be determined by the 20 rupees packs or the 10 rupees packs? This is when we come across the concept of weighted average.

In alligation, we will use the same concept. Let us first define the few following terms:

Alligation: It is the rule that enables us to find the ratio in which two or more ingredients at the given price must be mixed to produce a mixture of the desired price.

Mean Price: The cost price of a unit quantity of the mixture is called the mean price. Now let us define the rule of alligation.

Let us suppose that two ingredients of concentrations ‘a’ and ‘b’ respectively have been mixed in some proportion. Let ‘a’ be the cheaper component and ‘b’ be the dearer or the most costlier component. Then the rule of alligation states that:

Answer: Using the rule of alligation, we have:

The Method Of the Repeated Dilutions 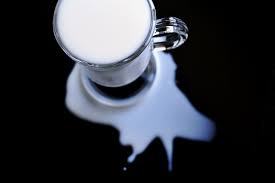 There is another way of achieving the results that are given by the rule of alligation. It is known as the method of the repeated dilutions. Suppose a container contains ‘x’ units of liquid from which ‘y’ units are taken out and replaced by water. After n operations, the quantity of pure liquid = [x{1 – (y/n)}n] units. Let us explain this formula with the help of an example:

Example 2: A container contains 40 litres of milk. From this container, 4 litres of milk was taken out and replaced by water. This process was repeated further two times. How much milk is now contained by the container?

Answer: The container contains x = 40 litres of milk. The quantity of milk that is taken out and replaced by water = y = 4 litres.

Also, we have been given that number of times the process is repeated or n = 3 (=1 +2 times). Therefore from the method of repeated dilution, substituting the relevant values, we have:

Example 3: A can contains a mixture of two liquids A and B in the ratio 7: 5. When 9 litres of the mixture is drawn off and the can is filled with B, the ratio of A and B becomes 7: 9. How many litres of liquid A was contained by the can initially?

Q 1: A milk vendor has 2 cans of milk. the first contains 25% water and the rest milk. the second contains 50% water. How much milk should he mix from each of the containers so as to get 12 litres of milk such that the ratio of water to milk is 3: 5?

Q 2: A dishonest milkman professes to sell his milk at cost price but he mixes it with water an thereby gains 25%. The percentage of water in the mixture is: