Let us start by defining what we mean by the proportion. The equality of any two ratios is called a proportion. For example, if we have any four numbers or quantities that we represent as ‘a’, ‘b’, ‘c’, and ‘d’ respectively, then we may write the proportion of these four quantities as: 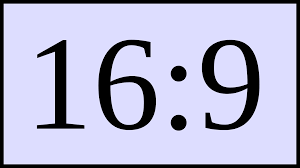 a:b = c:d or a:b :: c:d. From this, we will now define the proportionals. Let us begin by defining the fourth proportional.

Example 5: A and B are two alloys of gold and copper prepared by mixing metals in the ratio of 7: 2 and 7: 11 respectively. If we melt equal quantities of the alloys to form a third alloy C, then the ratio of the quantity of gold or the proportion of gold to the quantity of copper in C will be:

Similarly, we can find the amount of copper in C as equal to [2/9 + 11/18] units. We can simplify it with the help of cross multiplication and write this as equal to 5/6 units.

Example 6: Two numbers are respectively 20% and 50% more than a third number. the ratio of the two numbers is: