In competitive exams, it is important that you have mind clear while solving any questions. Because when your mind is clear you can solve every question and that too at a very brisk pace. So how do you clear your mind? There is no science in this, with the right amount of perseverance and effort you can become an expert in solving the questions in a competitive exam. Have enough practice so that while giving an exam you don’t have to think whether you have solved this question earlier or not.

One such type of question that needs the immense amount of practice is calendar test related problems. Although the frequency of this question is less in exams they are of equal importance. If you have learned the basics of these questions than it will become very easy for you to solve it. You can be asked whether the year mentioned in the question is a leap year or not! You will be given a date and a day and you will be asked to determine the day that will fall on the same date on next year and many more. 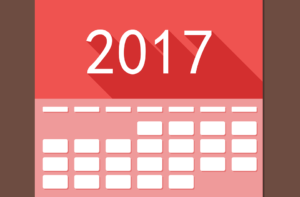 We will try to cover some of the questions of calendar test and will explain you in detail the tricks and methods to solve the questions. After that, there will be some practice questions which you can solve and make calendar test your strength. To understand the calendar you need to be aware of odd day concept.

Q. For what year will the calendar be the same as for the year 2009?

Thus on 30th September 2003, Mr Khan will celebrate his birthday again on Tuesday.

4. Suppose 1st March is Wednesday, then which month of the same year will also have Wednesday as the first day?

5. If the second-hand moves 480 then how much space (in terms of degrees) will the minute hand move?

Any other method to understand odd day concept

The second questions answer is wrong the right answer is 2015

Yes I also got that answer only

no. the given answer is right.