Data Sufficiency Practice Questions has all the different kinds of questions that you require to practice for a great score. After going through this section you will get the required practice for all exams. Let us begin.

This section consists of problems in which a question on any topic such as Coding-Decoding, Puzzle Test, Blood Relations, Mathematical calculations etc., is put forward, followed by certain statements containing facts providing clues to solve the question. The candidate is required to find out which of the given statements is/are sufficient to answer the given question. 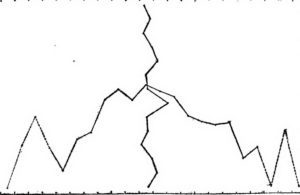 Directions: Each question given below has a problem and two statements numbered I and II giving certain information. You have to decide if the information given in the statements is sufficient for answering the problem. Indicate your answer as:

(а) if the data in statement I alone are sufficient to answer the question;

(b) the data in statement II alone are sufficient answer the question;

(c) if the data either in I or II alone are sufficient to answer the question;

(d) the data even in both the statements together are not sufficient to answer the question;

(e) if the data in both the statements together are needed.

I. There are 26 students in the class.

II. There are 9 students who have scored less than Reena.

Q3: What day is the fourteenth of a given month?

I. B is heavier than A but lighter than D.

II. C is lighter than B.

I. Buses for Ramnagar leave after every 30 minutes, till 10 p.m.

Q7: How many speeches were delivered in the two days’ programme?

I. 18 speakers were invited to give at least one speech, out of which one-sixth of the speakers could not come.

I. Sonali’s father remembers that his wife’s birthday is after 20th and before 23rd February.

II. Sonali’s brother remembers that their mothers birthday was after 21st but before 25th February.

Q 1: Pankaj is younger than Sunita and Rupali is older than Tom. Who among them is the oldest?

I. Rupali is older than Pankaj.

II. Sunita is older than Rupali.

III. Tom is the youngest among all.

I. ‘pit na tac means ‘come and go’ in that code language.

II. ja ta da’ means you are good’ in that code language.

III. na da rac’ means you can come’ in that code language,

II. Other allowances are drawn by Rajan besides his basic salary are Rs 2000 per month which is Rs 50 less than Vasu’s salary.