Ranking Sequence questions are a part of the reasoning ability section. In these questions usually, a few people or a few objects are present along with their ranks or positions in some sequence. Relying on this information, you will have to find out the total number of people or objects or sometimes the ranks of other people in relation to the one that is present. Ranking Sequence is basically the arithmetic of objects or points in a sequence with regards to their positions. Here we will see many types of ranking sequence sample examples and try and develop methods and tricks to save time and answer these questions with ease.

Suppose you are running a race and you come third. How many people were in the race? Well, you will not be able to answer this question with certainty but still, you may say that there were at least three people as your rank was third. We can give you more information like let us say that the last person was 40 ranks behind the person who was 10th. Can you guess how many people were running the race now? Yes, you can. 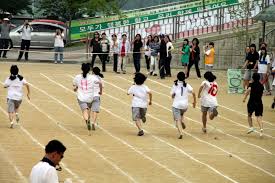 The total number of people now is 10 + 40 = 50. You have to answer similar questions in the ranking sequence section of different complexity and difficulty levels. In the folowing sections, we will see all of these questions and also an important formula that will help us in soving these questions with ease and accuracy. Let us see some examples.

Here we will state two tips that will help you answer these questions easily and accurately. First, let us recall that in a row we can either count from the left or from the right. Following two rules will come handy while solving problems in ranking:

First Tip: When in a row, if the total number of people = n (say)
Then if we count the position of a person in this row from the right end, who is mth (say) position away from the left end of the row is = (n+1) – m

Example 1: There is a row of 100 people in a ground. Rakesh is at the 50th position when we count from the right end of the row. What is his position from the left end of this row?

Answer: We can guess this easily but let us see if the formula works. Here n = the total number of people in the row = 100. Also m = the position from some end = 50. Therefore we can write,

Similarly, we have the Second Tip: When the total number of people in the row = n (say)
Then if some person’s position from the left end or the opposite end, whose position is ‘m’ from the right end is = (n+1) – m. This is essentially the first tip again. You have to take care that these formulae will apply only when we count ‘n’ and ‘m’ from the opposite ends.

Example 2: There is a row of boys in a stadium. If a boy A, who is 10th from the left and another boy B, who is 9th from the right interchange their positions, then A becomes 15th from the left. How many boys are there in the row?

Answer: This might seem very difficult at first but it is actually quite easy. We will solve it using intuition. Let us see, counting from the left, we see that the position of A is 10. Now when A is put in B’s place, A’s position when we count from the left is 15th. This means that between A and B there were 4 boys.

Example 3: Khan ranks 18th in a class of 49 students. What is his rank from the end?

Q 2: A class is comprised of 180 people. The number of girls in this class is twice that the number of boys. A boy A ranks 34th from the top. There are 18 girls ahead of the boy A. How many boys are after A in the rank?