Hello Everyone, I am here to present a welcome speech for Independence Day. Today it’s our 72nd Independence Day and we should feel proud to be a part of an Independent nation that has freedom of speech, freedom to live life in our own way. We do not have to follow anybody’s slavery. But this was not the case 72 years ago when we were a slave to the British Government. India has been ruled by Britishers for almost 200 years and after a continuous struggle by our freedom fighters, we achieved independence on 15th august 1947. On this day, the national flag was hoisted on red fort Delhi by Prime Minister Shri Jawaharlal Nehru. Since then we are celebrating Independence Day in every government department, school, and college. This is a day of pride and joy for every citizen of the country. 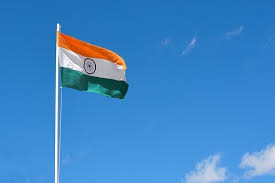 How we achieved Independence

India was once called “Sone ki chidiya” which means that we had abundant resources. Our land was productive, we have ample of minerals and rocks. We were home to the largest spice market. We also have a productive human workforce. This made the British government capture our country and use it for our own benefits.

They conspired against us through the “Divide and Rule policy” and slowly gained control over the country. The people of our country being illiterate and ignorant were easily deceived by Britishers and they gained control of our kingdoms. We became cheap slaves to the British government and thus they ruled us for many years.

Later on, some eminent personalities such as Mahatma Gandhi, Jawahar Lal Nehru, Bhagat Singh and many more realized that we should fight for our rights. Later on, many freedom struggles took place and everybody participated in it. After years of fight, struggles, and hard work we finally gained freedom on 15th August 1947 and became a free and independent nation.

Being independent means freedom to speech and freedom to fundamental rights to each and every citizen of the country. Independence is important to lead a life of freedom. In the absence of independence, we would become a slave.  All the people should value the independence which we have achieved and should never forget our freedom fighters.

Independence and Responsibility of Citizens

Independence Day is also a day to show to the world the history of courage and bravery which our country has achieved. On this day our security forces do the parade and march past on red fort, we also show our fighting equipment to the world thus making India a superpower on the global platform. Various schools and colleges also arrange many no.of dance competitions, fancy dress, cultural events to celebrate independence day.

The independence which we have received is the result of fights and sacrifices of our freedom fighters. We should never forget this. Patriotism is above everything and we should inculcate a feeling of patriotism in our children since early childhood.

We should also teach our younger generations to respect our soldiers and also encourage them to have a career in national security. At last, I again wish you all happy independence day and hope together we can build a wonderful nation.