The Discovery of dark matter in three gigantic clusters of galaxies encircling trillions of stars has left the astronomers puzzled. Dark matter refers to the universe’s mysterious constituent whose gravitational attraction on the visible matter in space ascertains its presence.

Mumbai, Maharashtra: In a surprising discovery, astronomers have found out an unexpectedly huge concentration of dark matter in 3 huge clusters of galaxies. It encompasses trillions of starts which suggests gaps in our current understanding of this substance’s behavior.

When we talk about dark matter, you will see that it refers to a mysterious constituent of the universe. Moreover, the presence of this matter is established not from the luminosity as there isn’t interaction with the electromagnetic force.

On the other hand, we ascertain it from the gravitational attraction of the visible matter in space. According to a report by Reuters, new research issued in Journal Science reveals that there is an unanticipated discrepancy between observations of dark matter concentrations in three galaxies and theoretical computer simulations of the way of the substance’s distribution.

The co-author of the study and Astrophysicist hailing from Yale University, Priyamvada Natarajan, says that “Either there is a missing ingredient in the simulations or we have made a fundamentally incorrect assumption about the nature of dark matter.”

Moreover, the visible matter is outweighed by dark matter roughly six to one. Thus, it makes up around 27 percent of the entire universe. As it is known that there is not any interaction of dark matter with the electromagnetic force, we opt for other ways to detect the substance.

One way for detecting the substance is to measure how its gravity is distorting space. In other words, an effect which we refer to as gravitational lensing. Further, a new study that involves observations from the Hubble Space Telescope and the European Southern Observatory’s Very Large Telescope in Chile, has discovered that gravitational lensing effects which the galaxies residing inside the huge galaxy clusters produce were far stronger than the current dark matter theory envisioned.

Anila Ghufran studied Journalism and is an avid writer and a concerned citizen who aims to smash the patriarchy. 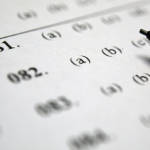 Anila 05 Nov
Jammu and Kashmir Board

Bihar Board News: Bihar Board issues warning against Schools yet to Deposit Registration and Exam Form Fee