There are a few state-owned companies in India that are managed very well. One of them is the general insurance corporation of India. It is a state-owned enterprise. Thus, it is totally managed by the government and its employees. 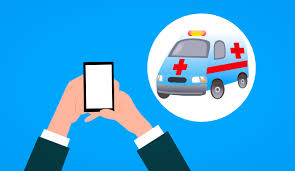 Before the Indian market was open to other foreign insurance players, general insurance corporation was the sole reinsurance company in India. Also, this was in late 2016 when companies from Germany, Switzerland, and France were allowed to enter in India. The headquarter and registered office of GIC is in Mumbai, Maharashtra.

All the operations and assets of the nationalized insurance companies were transferred to GIC by the government of India.

GIC along with its subsidiaries had a monopoly in the general insurance market of India. This lasted until 1999 when the landmark insurance development authority and the regulatory act came into place. Furthermore, this act amended the insurance act and GINBA act of 1938. This act along with its amendments end the monopoly of GIC and also it’s subsidiaries.

Thus, it had a hand in liberalizing insurance business in India. After this in 2000, GIC was again notified as to the insurer of India. But the supervisory role it held over its subsidiaries was ended.

Also, this was followed by the general insurance amendment act that took place in 2002. This act came into effect in March 2003. Thus, it ended GIC’s role as a holding company over its subsidiaries.

After all this, GIC has now become the sole re-insurer in India. Thus, the company is also called as GIC re. Also, GIC has diversified its operations now. So, it is emerging as the important re-insurer in India as well as SAARC countries. This helps GIC re in building the global footprints it requires to go forward.

As of 2012, GIC was 14th largest insurer in the world. Comparing its financial strength, GIC re has got A- rating. This is considered an excellent rating. It is also assigned nationally ‘AAA’ reliability rating by the Russian national rating agency.

Q. Which of the following given companies does not belong to the major company in general insurance in the private sector in India?

A. The oriental insurance company

Answer: A. The oriental insurance company