For a better understanding of the financial statements, and a wider sense of the company’s fiscal position we make the use of financial ratios. Now in all, there are a few ratios that are helpful and meaningful to stakeholders. For ease of understanding, they are divided into a few groups. So let us study the types of ratios and their individual significance.

There are actually two ways in which financial ratios can be classified. There is the classical approach, where ratios are classified on the basis of the accounting statement from where they are obtained. The other is a more functional classification, based on the uses of the ratios and the purpose for which they are calculated.

Just as above, if both the variables are obtained from the balance sheets, it is known as a balance sheet ratio. When such a ratio expresses the relation between two accounts of the balance sheet, we also call them financial ratios (other than accounting ratios).

A composite ratio or combined ratio compares two variables from two different accounts. One is taken from the Profit and Loss A/c and the other from the Balance Sheet. For example the ratio of Return on Capital Employed. The profit (return) figure will be obtained from the Income Statement and the Capital Employed is seen in the Balance Sheet. A few other examples are Debtors Turnover Ratio, Creditors Turnover ratio, Earnings Per Share etc. 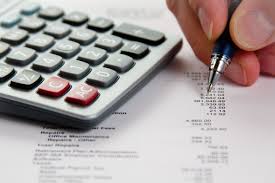 A firm needs to keep some level of liquidity, so stakeholders can be paid when they are due. All assets of the firm cannot be tied up, a firm must look after its short-term liquidity. These ratios help determine such liquidity, so the firm may rectify any problems. The two main liquidity ratios are Current ratio and Quick Ratio (or liquid ratio).

These ratios determine the company’s ability to pay off its long-term debt. So they show the relationship between the owner’s fund and the debt of the company. They actually show the long-term solvency of a firm, whether it has enough assets to pay of all its stakeholders, as well as all debt on the Balance Sheet. This is why they are also called Solvency ratios. Some examples are Debt Ratio, Debt-Equity Ratio, Capital Gearing ratio etc.

Activity ratios help measure the efficiency of the organization. They help quantify the effectiveness of the utilization of the resources that a company has. They show the relationship between sales and assets of the company. These types of ratios are alternatively known as performance ratios or turnover ratios. Some ratios like Stock Turnover, Debtors turnover, Stock to Working Capital ratio etc measure the performance of a company.

These ratios analyze the profits earned by an entity. They compare the profits to revenue or funds employed or assets of an entity. These ratios reflect on the entity’s ability to earn reasonable returns with respect to the capital employed. They even check the soundness of the investment policies and decisions. Examples will include Operating Profit ratio, Gross Profit Ratio, Return on Equity Ratio etc.

Shows the equation between profit in hand and the claims of outside stakeholders. These are stakeholders that are required by the law to be paid, even in case of liquidation. So these types of ratios ensure that there is enough to cover these payments to such outsiders. Some examples of coverage ratios are Dividend Payout Ratio, Debt Service ratio etc.

Ans: The correct answer is option A. Liquidity ratio express short-term liquidity of a firm and its ability to pay its stakeholders on a short notice. They are short-term ratios.