These are animals that have had their DNA manipulated to express an additional (foreign) gene. Although more than 95% of transgenic animals are mice; there also exist transgenic rats, sheep, rabbits, pigs, cow, and fish. What is the need to generate these animals and how do we benefit from these modifications? Let’s look at some common reasons.

Browse more Topics under Biotechnology And Its Applications

Transgenic animals allow us to study how genes affect the normal functions of the body and its development. In addition, they also help us understand how genes are regulated in the body.

For example, by introducing genes from other species, that alter the formation of a particular factor and by studying its biological effects, we can gain knowledge about the biological role of the factor in our body.

Transgenic animals also serve as models for human diseases and increase our understanding of how genes contribute to disease development. They also make it possible to investigate new treatment methods for diseases. Currently, transgenic models exist for many human diseases such as Alzheimer’s, cancer, rheumatoid arthritis, cystic fibrosis etc.

An example is human α-1-antitrypsin which is used to treat emphysema. The most noteworthy example is Rosie – the first transgenic cow, generated in 1997. The milk from this cow contained human α-lactalbumin and had a higher nutritional value for human babies, compared to natural cow milk. 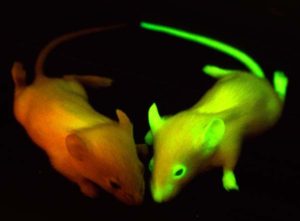 What do you think will happen if the genetic manipulation of living organisms by humans goes unregulated?! It will not only lead to exploitation of the organisms but will also have harmful impacts on our ecosystem. It is wrong at the moral and biological level! This is why we need ethical standards to regulate the human manipulation of organisms.

In terms of genetically modified organisms (GMOs), the Indian Government has set up the Genetic Engineering Approval Committee (GEAC). This organization makes decisions regarding the validity of research involving GMOs and addresses the safety of GMOs introduced for public use.

Recently, certain companies were granted patents for products and technologies that involve genetic material or other resources developed and used by people of a specific region over many years. This has angered a lot of people.

A recent example is Basmati rice, which was developed by Indian farmers over hundreds of years. An American company, in 1997, obtained the patent rights for Basmati rice from the US Patent and Trademark Office. This patent not only allows this company to sell new variations of Basmati rice and make a profit but also restricts other people from selling it.

Similar attempts have been made to patent Indian herbal medicines too. Therefore, people and countries need to be vigilant and counter patent applications that exploit products and techniques native to their land. 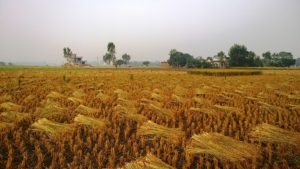 Biopiracy refers to the use of bio-resources by multinational companies without proper authorization or compensation to the people or country concerned. Most developed, financially rich nations are poor in biodiversity or traditional know-how; while it is the other way around for developing nations. This leads to exploitation of the traditional knowledge to develop modern, commercial applications that save the makers time, money and effort.

People are now more aware of the injustice and inadequacy in compensation and sharing of benefits between the developing and developed nations. As a result, several nations now have laws that prevent other nations from exploiting their bio-resources and traditional knowledge. The Indian Parliament recently cleared the second amendment of the Indian Patents Bill, that takes the issue of biopiracy into consideration.

Q: State True or False. Transgenic animals generated in laboratories can be released into the ecosystem after use.

Solution: False. Transgenic animals, if released can spread in a natural population and cause an imbalance in the ecosystem.