A promoter has been defined as “One who undertakes to form a company, with reference to a given object and to set it going, and who takes the necessary steps to accomplish that purpose.”

The promoter acts as the representative and becomes a party to the contract. He then becomes legally obligated as an agent acting behalf of the company which has not been incorporated yet.

Thus, the term promoter is used for any individual, association or syndicate which perform the necessary duties to bring a company into existence. The promoter is responsible for creating the idea of the corporation and encouraging others to join the enterprise. 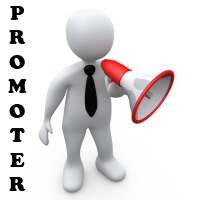 Functions of a Promoter

Legal Position of a Promoter

The legal position of the promoter has been clearly defined. ‘A promoter is neither an agent of nor a trustee of the company because the company he promotes is still not in existence.’

However, he acts as a fiduciary or representative for the company which he promotes. Being a fiduciary, his relation requires full disclosure to the company of all the important and relevant information. Most importantly, it includes any profit he makes through the company.

The law, on the position of fiduciary relation of the promoter, states that ‘A promoter may not make, either directly or indirectly, any profit at the expense of the company, he promotes, without the knowledge and consent of the company.

If he does make a secret profit in disregard of this rule, the company can compel him to account for it, and surrender the secret profit.’

If the promoter obtains money from the company in an illegal manner, he becomes liable for the damages. Even after his death, his estate remains liable if it has benefited from the defrauding, but not otherwise.

Q: What is a promoters contract?

Answer – A promoters contract is when a promoter becomes part of a contract as a representative of a corporation to be formed. The promoter is considered to be liable to fulfill the obligations of the company.

Elements of Company Law - I

I liked that you said that one reason to hire an attorney is to help make sure that you have assistance when you decide to sue. I have been thinking about starting a business myself but am worried that I won’t have to ability to protect myself from lawsuits. I will be sure to hire an attorney to receive help in the courtroom if needed.

Elements of Company Law - I