Valuation of bonds is an important topic in the business maths section. It helps you in calculating the right value of the bonds and as a result, the correct measures can be taken. The topic covers a variety of section from the valuation of bonds to many bonds related term like coupon rate and par value till return or yield of the various bonds. This all combines to form the topic valuation of bonds. Further, based on valuation we also need to calculate the amount EMI that is going to be paid.

What is Bonds and Valuation of Bonds? 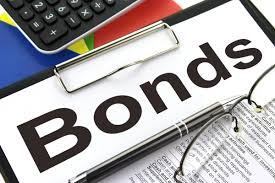 Valuation of bonds and calculating EMI

Bonds also known as debentures is a debt or a long-term loan which upon maturity, will be paid upon the principal amount or the periodical interest. The process of determining these bonds is called bond valuation. It is used to determine the theoretical price or fair price or intrinsic price of the bonds.

A bond is generally a security for a debt, in which the person who is issuing holds a debt against the person who has taken the loan and thereby is obliged to pay the interest and the principal amount. Usually, bonds are issued for longer periods which are usually greater than one year. To understand the value of the bond, let’s understand the concept, based on which the valuation is done.

Now the rate of return for all these companies is 10%, 12%, and 15% respectively. So how much will Arun invest in each of these so that Arun gets the same amount he wants. When you lend someone the money, the interest rate on depends on the risk it is involved in the transaction.

Suppose you are lending the money to a student than you will charge high-interest rate, while if you lend a professional the money than you will charge the person low-interest rate. In the above case, for a government company, Arun will have to invest Rs. 100 to get an investment of Rs. 110. Because percentage of return = interest/investment x 100.

While for company X, Arun will have to invest Rs. 98.22 on which 12% return he will get an investment will result in Rs. 110. While for the company Y Arun will have invested the least amount which is Rs. 95.65, as the return, is the highest for company Y. Thus, it is clear that company Y will give the maximum returns, but it also has the highest risk among the three companies.

So, the value of your investment depends upon two factors: cash inflow and required return. If the amount you invest today is less than you will have more return and vice versa. So, Present value of future inflow = investment value today.

The interest rate that is fixed and is surely received by the bondholder as payment for interest is what we call coupon rate. The value of the coupon rate remains the same until the maturation of the bond.

When the value of the bond is matured, the bondholder receives a value and this is called redeemed value. Here also, if there nothing specific about the redeeming value in the question than we assume the bonds to be redeemed on the par or the face value.

Yield rate or current yield is the value that the bondholder receives as a part of the interest income for the current value of that bond. Thus, yield rate/current yield = Interest income/current value. The market value of the bond yield to maturity when the bond is held till it’s maturity period then we call the rate of the earning as yield to maturity.

As the bonds are long-term debts, the issuer decides the fixed EMI, so that the holder can pay it equally in the period which is decided. The most important term that we use when we talk about the loan is EMI, which is equated monthly instalment. It is usually monthly payment and includes the contribution from the principal as well as interest on the loan amount taken. Mathematically, we calculate EMI as,

Q. Rahul plans on buying a 3-year bond having Rs. 1000 par value at an interest rate of 10%. Find the price at which one can purchase the bond after maturation at par and if Rahul requires the return of 14%.

Share with friends
Previous
Depreciation
Next
Calculations of Returns