Secularism is freedom of choosing one’s religious beliefs and practices of a religion. It has its roots in Greek and Roman philosophies. To know more about Understanding Secularism explore the article further!

Secularism focuses on religion to other ‘temporal’ things in consideration of nature, reason, science, and development. It is also termed as modernization of religious beliefs and traditional values and hence the term secularization.

It ensures freedom of both believers and non-believers of secularism. Hence, it gives the right of freedom to the people. It also protects the beliefs and traditional values of religion. Secularism provides religious freedom i.e freedom to choose the religious and individual wants. One can follow multiple religious as well.

Secularism is often misunderstood with atheism. This is completely false. Secularism is choosing our religion and believing and following the religious practices and traditional values. Atheism is not believing in God at all and the force beyond. Secularism is just a framework for the society for striving equality in every aspect. Aspects of politics, education and law etc.

Secularism is to create a society in which people of all religions or people who don’t belong to any religion can live together peacefully. It says that no one shall be subject to discrimination by any State, institution, group of persons, or person on grounds of religion or other beliefs. 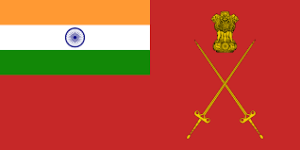 Three popular beliefs of secularism are

Question: India is a secular state because

Solution: A. Since secularism in India means equal treatment of all religions by the state. With the 42nd Amendment of the Constitution of India enacted in 1976, the Preamble to the Constitution asserted that India is a secular nation. However, neither India’s constitution nor its laws define the relationship between religion and state.

The laws implicitly require the state and its institutions to recognize and accept all religions, enforce parliamentary laws instead of religious laws, and respect pluralism. India does not have an official state religion. Hwncw the answer is option 1.

Question: The _____________ amendment of the U.S. Constitution prohibits the law from making laws ”respecting an establishment of religion”.

Solution: 1st. Since first amendment of US constitution states that no law shall be made respecting an establishment of religion, or prohibiting the free exercise, or causing hindrance to freedom of speech, or of the press, or to the right of the people to assemble freely or to petition the government for a redress of grievances. Therefore, the answer is 1st.

Question: Which of the following characteristic, Indian model of secularism does not possess?

Do you think the government of India has been successful in separating religion from the state? Justify your answer with examples.