Suppose you have a certain sum of money that you’re looking to invest. What will be the governing factors to finalize your investment? The risk involved along with the lowest and highest returns will certainly be one if not all. When you focus on the range of returns, you are essentially checking the deviation of returns from the ideal value reflected in advertisements. These factors are a part of a broader concept known as standard deviation.

In essence, it is the square root of the arithmetic mean of the squares of deviations of observations from their mean value. It is generally denoted by sigma i.e. σ. There are three characteristic features of standard deviation. Firstly, it is measured by arithmetic mean. In other words, the deviation is calculated taking mean as the reference.

Secondly, it involves dealing with positive values. Unlike mean deviation, where we assume all deviations to be positive, in standard deviation these values are squared. Consequently, there is no such unnecessary assumption made in the case of standard deviation. Lastly, as can be seen from the definition, it is a square root which means its value is always positive.

If we critically analyze standard deviation we can conclude that it is among the best-known measures of dispersion. It is accurate, does not tend to vary a lot with a change in values and is easy to understand. However, the standard deviation is not free of limitations which include arguments like the difficulty in calculations and extreme observations can tend to affect it’s value to a large extent. But, considering all the pros and cons, it still wins the race among all measures of dispersion known. 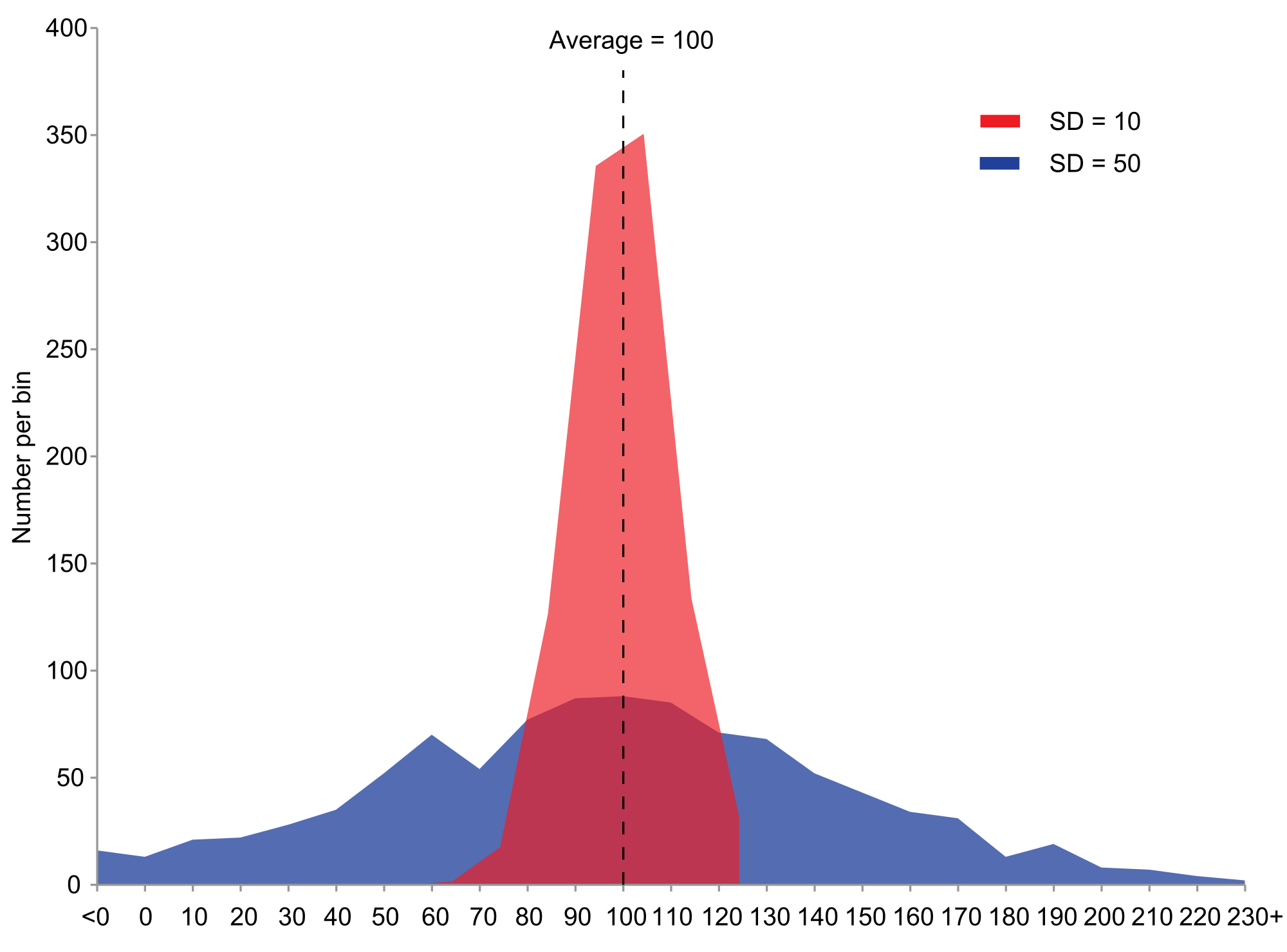 Before starting with the various approaches towards the calculation of SD we should know about the three types of distribution of data which are:

There exist three methods of calculating SD for individual series which are:

In this method, at first, the arithmetic mean is calculated using the formula- ∑X/N.  Then deviations of all observations from this mean value are calculated using D= X-mean. In the next step, these deviations, x, are squared and their summation is divided by the number of observations. Lastly, the square root of the above calculation results in the derivation of standard deviation. The formula is mentioned below:

N= The number of observations

This method works on the idea of the assumption of any random value for calculation of deviation. The value is generally assumed such that it lies around the middle of the range of values because if an extreme value is chosen the deviations would be large and hence it will render calculations tedious. The formula is as follows:

Note: Standard deviation for individual series can also be calculated by a formula other than the three mentioned above which is as follows: σ= √[(∑X²/N) – (∑X/N)²]

The standard deviation for discrete series can be calculated by approaches stated below:

As in discrete series another column of frequency gets added, the formula for calculation of standard deviation using direct approach is altered to incorporate frequency is stated below:

The formula for calculation of standard deviation using the short-cut method is mentioned below:

The three methods to calculate the standard deviation for frequency distribution series are:

The direct method for calculation of standard deviation for frequency distribution is pretty much the same as for discrete series. The only difference occurs when using the values of observations. The mid values of the classes are derived dividing the sum of upper and lower value of class and this value is used for calculations. The formula is:

Here, D= Deviation of an item relative to the mean calculated as, D= Xi – Mean

The formula is given below:

Q: Using the short-cut method, calculate the standard deviation of the following series: