Look around you. Do you see beggars on the streets? What about rickshaw-pullers fighting with a customer for an extra ten rupees? Do you hear news of crimes and drug abuse even by children? Poverty in India is the cause and also a consequence of all the above problems.

22% of the total population in India (around 270 crores) live in poverty. “What exactly is poverty?”, you may ask. Poverty means living in conditions of where a person doesn’t have basic needs like proper food, water or shelter. 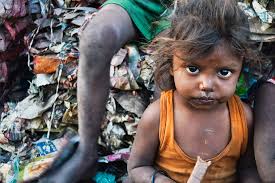 This is tricky, as different places have different understandings of poverty at different times. For example, a poor person in the USA could be one who doesn’t own a car. But in India, having a car is a luxury only some can dream of. Thus, measuring several aspects of one’s nutrition and income determines poverty in India.

Therefore, in India, an urban dweller should have at least 2100 calories and a rural dweller, at least 2400 calories per day. There is a difference, as the physical work done in rural areas is more energy consuming than in urban areas.

Additionally, earning a minimum of 32 rupees in urban areas and 26 rupees in rural areas, per day, determines the “Below Poverty Line” criteria. The minimum income is higher in urban areas, as it is more costly to live in towns than villages. 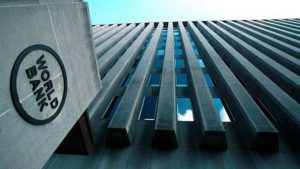 There is also an international standard by The World Bank, where people are living in poverty if they earn less than $1.90 (almost 140 rupees) per day! This is a much higher standard than that of India’s way of measurement.

Causes of Poverty in India

There are multiple things that cause poverty. However, in India, the first major factor was the exploitative British colonial rule. Throughout the process of colonising India, the British plundered the wealth of India, by taking away raw materials for cheap and selling it back to India at very high prices. This led to the shut down of indigenous factories and mills in India and India became heavily economically dependent.

Even after they left, India was plagued with illiterate masses and a huge population. In rural areas, there was a huge problem of lack of land resources, per person as the population was in excess. These led to almost no economic growth till the 1980s. Even today, there are many schemes for anti-poverty but poverty is still a problem due to the lack of implementation of these schemes. 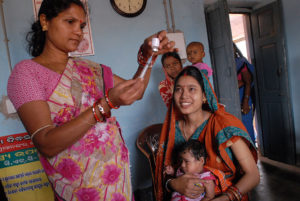 Poverty also has other several dimensions. When you get sick, your mother can take you to the hospital and buy medicines. But what do you think people who earn 50 rupees per day do for their family? You can dream of becoming a doctor or designer, but what about children who wake up worrying about if they will eat that day? Thus, poverty is also a condition where the very poor don’t have access to health care, education, employment, safety and other facilities.

What is the Government doing? 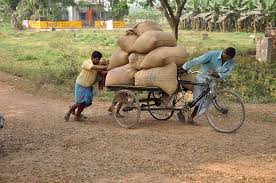 The government has come up with various schemes to reduce poverty. Two of the important ones are-

At the closing of this article, we have learnt about what exactly poverty in India means. Understanding the causes and consequences of it can better equip us to fight this and lead India towards a path of development.

What is the current minimum income for a person to be considered be the ow poverty line?

Answer: It is earning below 32 rupees in urban areas and 26 rupees in rural areas of India.

Poverty as a Challenge

Poverty as a Challenge