Sleep is everyone’s biological need. Every creature on this planet requires sleep to maintain a healthy body. However, how much sleep do we need? Do different species have different sleep requirements? Let’s find out more about sleeping time. 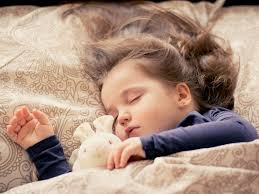 Sleep is a basic need of human being. It occurs naturally and biologically.  It’s recurring state of mind and body, characterized by consciousness. Sleep occurs in a recurring period. Different species have different sleeping requirements. For example, on an average, a dog sleeps for twelve to fourteen hours. Whereas, a pig sleeps for approximately seven to eight hours per day. A sheep requires three to four hours of sleep in a day and a giraffe sleeps for one to two hours. Pythons can sleep for eighteen hours in a day. 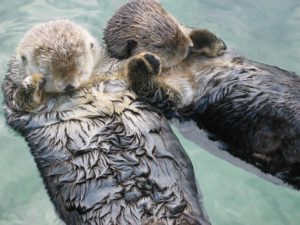 Generally, sea otters sleep in the water to avoid predators from land. So to avoid floating away or drifting apart, sea otters hold hands while sleeping. Bats sleep in an upside down position. Ducks sleep with only one eye closed. Walruses have the ability to sleep and swim at the same time. Desert snails can sleep for years. Many animals hibernate, but few are as good at it as frogs. Some frogs can hibernate whilst frozen underwater, without a heartbeat or air for weeks at a time.

Sleeptalking occurs when someone talks in their sleep. It is also known as somniloquy. People who sleeptalk, talk during their sleep and are not aware of it.  Generally, the person speaks in a gibberish or mumbling tone. Sleeptalking is more common in men and children.  Sleep talking may be spontaneous or induced by a conversation with the sleeper.

Q. Which animal sleeps the least?

Ans. a. Giraffe sleeps the least. On an average, a giraffe sleeps for 1.8 hours in a day. Giraffes sleep less to avoid predators.

2. Do fishes sleep? Justify your answer.

Ans. a. Yes, fishes sleep. Fishes can sleep at any time of the day or night. Fishes do sleep with their eyes open because they don’t have eyelids to close (except for some sharks).