Raghuram Rajan committee in 2008 proposed an apex body called financial stability and development council. Later in 2010, it was set up as an autonomous body.

Thus, this apex body deals with financial regularities in the same sector around the country. Also, the organization is not a statutory body. 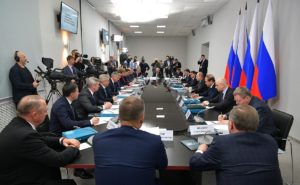 Financial stability and development council which is also known as FSDC was introduced to look after the financial regularities in the financial sector.

So, there are various segments of financial institutions in India that look after the different sectors.

For example, RBI looks out for NBFCs and commercial banks, SEBI takes care of the capital market, etc. So, FSDC ensures that there is better coordination between the financial sectors.

Furthermore, FSDC ensures better efficiency along with avoiding the conflicts between the functions of these institutions. Thus, keeping all these views in mind FSDC was formed in 2010 with finance minister as it’s chairman.

Also, this apex body will act as an intermediary between different financial sectors like the SEBI, RBI, IRDA, and PFRDA. So, the primary task of this body is to look out for macro related supervisions of the Indian economy.

It also looks after the development and functioning of large multinational companies and deals with inter-regulated issues.

What is FSDC Composed of?

There are several governing bodies that make up for the development council. Also, the Finance minister of India is the chairman of this council. It’s members are:

Other than this the council can invite the expert when it requires. The Secretariat of FSDC is also in the department of economic affairs.

This council along with other committees also has a subcommittee. Also, this subcommittee is chaired by the Governor of the RBI. The meetings of this committee happen more frequently than the full councils.

Furthermore, the members that are included in the FSDC are also the members of the subcommittee. But there are some additional members in this committee.

Also, this includes governors of the RBI, DEA, and additional secretary.

There are other groups as well within FSDC. These are:

Q. The FSDC council was set up on December 30, 2010. Who among the following is not a member of the council?

Answer: D. None of the above

Q. The term FSDC stands for

A. Financial stability and development council

B. Financial suitability and developed council

Q. Who is the chairman of the financial stability and development council?

A. The RBI governor

B. The vice president of India