Sports can help an individual work in team spirit and also develops a problem-solving attitude towards life. Physical exercise is done through sports.  Sports played across the world is Cricket, Football, Volleyball, Chess, Badminton, Tennis. Two category of sports is Olympic Sport and Non-Olympic Sport.

India is home to diverse population playing different games. India has won many Olympic medals in sports. It is the origin of games like Hockey, Chess, Gilli Danda.

Shatranj or chaturanga are the ancient names for Chess. Archaeologist found the remains of this game roughly, 1,500 years ago. It is a board game which requires minimum two players. the board is 8 x 8. Each player in the game has 6 set of pieces namely 1 King, 1 Queen, 2 Rook, 2 Knights, 2 Bishops and 8 pawns. Checkmate or also known as shat-Mat is referred as the defeat of King. 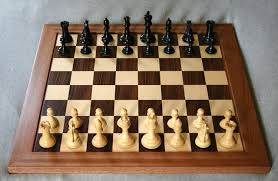 Kho Kho was originated in India in the 3rd century. Therefore, kho kho is one of the oldest tag games in India besides kabaddi. There are 12 players in a team and out of which 9 enter the field and others run along the field. Players face the opposite directions in a single line.

Polo is played riding on horses back. It lasted from the 6th century BC to 1st century AD. India has set the modern polo in 115th century AD by Mughal emperor. Therefore, ” Sport of Kings” is the other name of this game. In some places, polo was played by riding on elephants back and hence it was called “Elephant Polo”. 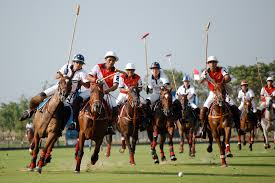 Snakes and ladder is an ancient board game. Two or more players can play is game at the same time.  The boards consist of N number of ladders and snakes. Playe has to roll the dice and move to space ahead of the current position, the dice will indicate the number and that number is the no.of spaces a player has to move. If a player encounters a snake player will go to the block where snakes tail is. If a player encounters ladder then the player will reach the block at the top of the ladder. world games are the games which are played and recognised all across the globe. Some of Such games are Football, Badminton, Volleyball, Cricket. These games are popular everywhere and hence are world games.

Football is an Olympic game. Every 4 years there is FIFA world cup. There are 11 players in a team. Two teams are bid against each other and team with highest goals wins. Football is a 90-minute long game with two parts of 45 minute each with one half-time of 15-minutes. Cricket is traditionally a bat-and-ball game. There are 125 countries who play cricket across the globe. There are 11 players in each team and two teams play against each other. A coin flip decides to bat or ball. There are many versions of cricket being played like IPL and 20-20. Hence, cricket is the most popular and most played game in India.

Badminton is a racquet sport. Therefore, racquets are used to play badminton. There is two version of this sport namely “singles” and ‘doubles”. Singles game is usually preferable one player on each side of a net. Racquets are used to toss the shuttlecock across the net. The player with the highest miss losses. Question 1. Who of the following is the first Indian woman to win a gold medal at the Asian Games?

Question 2. Term ‘yorker’ is related to which sport?

Question 3.  What is the meaning of the Olympic motto: Citius, Altius, Fortius?

Sports and Games of India and World

Sports and Games of India and World