Nazism or National Socialism is the ideology propagated by the Nazi Party aka National Socialist Party of workers in Germany. These socialists have different political beliefs. Nazism was started by Adolf Hitler in 1920s and lasted till the end of the World War II in 1945. The Holocaust stained his hands with the blood of millions of people. He caused a lot of distress to a lot of people. Let’s find out more facts and ideology about Nazism and rise of Adolf Hitler.

Adolf Hitler was born on 2oth April 1889. He was born in a small Austrian town, Braunau am Inn which is located in Upper Austria on the German – Austrian border. He dreamt of becoming an artist but his father didn’t encourage him. Hitler applied at Vienna Academy of fine arts after his father’s death but was rejected. His mother died shortly after and he moved to Vienna. He began to develop his political views of uniting Germany and Austria. Later on, he moved to Germany in the year 1913. 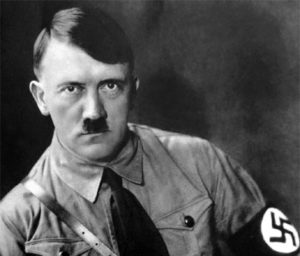 He was loyal to Germany. In 1914 world war 1 took place and Germany needed soldiers. Hilter quickly enlisted in the army. He served in both France and Germany and was highlighted for his bravery. He was injured in a war which took place in Somme in the year 1916. Again, he got wounded in a British gas attack. While recovering, Germany surrendered. This made Hitler and others angry as he this as a betrayal of the undefeated German army by Jews and socialists. Hence, he decided to go into politics.

Due to the loss, Germany had to sign the Treaty of Versailles. The conditions of the Treaty of Versailles was unacceptable. However, Germany was forced to sign it. Germany lost a lot of its territories and had to pay a high amount of reparations. Hitler resented it. Hitler was still working in the army. He was sent to report on the German Workers’ Party which was later renamed as the Nazi Party. Here, he found people with nationalist and anti – Semitic views, he agreed with them and joined their party.

Since Hitler had good public speaking skills, it helped him to rise the ranks of his new party. Hitler was famous amongst the German people due to his speeches. The party founder Anton Drexler and the party executive got jealous of Hitler and tried to weaken his position by forming an alliance with another party. Hitler resigned and agreed to rejoin only when he was given complete control.

On 8th November about two thousand Nazis marched to the center of Munich, where they confronted the police, which resulted in the death of 16 Nazis and four police officers. Hitler was arrested. He was sentenced to five years. However, Hitler only served for nine months. In prison, he wrote his autobiographical book Mein Kamph which means my battles. In his book, he expressed his political views. He also portrayed his hate for the Jewish community. After its publication, Hitler’s views got more exposure.

Hitler became the most popular politician and let the Nazi party become the largest party in Germany with 37% votes. German President Von Hindenburg’s made Hitler the Chancellor. Hitler had dictatorial powers by March.

The ideology propagated by the Nazi party is Nazism. Nazi’s believed that all Jewish people should die, the Aryan race is the superior race. A lot of books were burned by Nazis because they thought that those books shouldn’t be read by the German population. They burned around 25000 books which included books from Jewish authors like Einstein and Sigmund Freud, books of authors who are not Jewish were also burned. 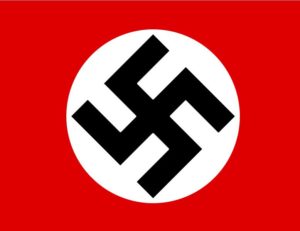 The school played an important role in spreading Nazism. Children were thought about Hitler and his ideologies. His birthday and anniversary of taking power were celebrated.

Q. When was Adolf Hitler born?

Ans. Adolf Hitler was born on 2oth April 1889. He was born in a small Austrian town, Braunau am Inn.

Nazism and the Rise of Hitler

Nazism and the Rise of Hitler