If we look around we will see angles everywhere. While playing basketball if you want to shoot the ball in the basket, you must throw the ball at a particular angle. Also when a plane is about to land, the pilot calculates the angle in which the plane lands safely. So let us explore more about angles and angle bisector further.

When two rays hold a common endpoint, in this case, the two rays together form an angle. Therefore, an angle is formed by two rays initiating from a shared endpoint. These two rays creating it are termed as the sides or arms of the angle. For representing an angle the symbol “∠” is used in geometry. 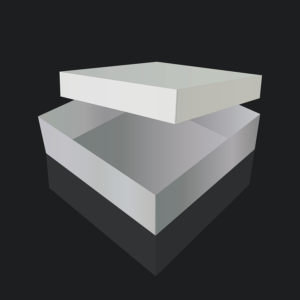 When the box is closed, the angle between them is zero degrees. When you try to open the box, you can see the angle is formed between the upper surface of the box and the bottom surface.

Constructing a Copy of an Angle 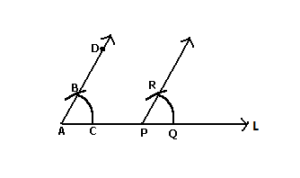 Angle Bisector of a Given Angle 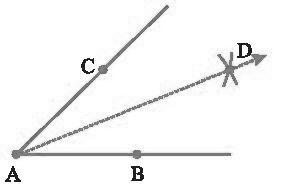 Drawing Angles of a Given Measure 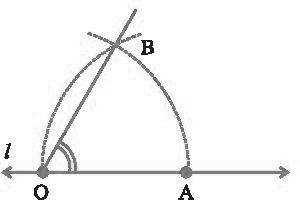 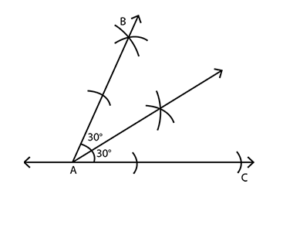 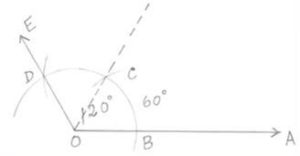 Question 1. Which of the following angle is possible to construct using a compass?

Answer : A. 60 ° angle is possible to construct using a compass.

Question 2: What is meant by angle of bisector?

Answer: Angle bisector of a triangle refers to a line segment that carries out bisection of one of the vertex angles of a triangle.

Question 3: Can we say that a bisector cuts an angle in half?

Answer: Yes, angle bisector is the line that cuts the angle in half.

Question 4: Explain the way for bisecting a 45-degree angle?

Answer: The way for bisecting a 45-degree angle consists of the following steps:

Question 5: Differentiate between a perpendicular bisector and an angle bisector?