Exponents are a short form to indicate the total times a number is to be multiplied by itself. For instance,  7³ is equal to 7*7*7.  Instead of writing it as this we shorten it and write it as 7³ making it simpler to understand. 7³ is read as ‘7 raised to the power three’ or ‘seven cubed’.

Here 7 is called the base and the power or the exponent is known as the index. For example, in 1254 the base is 12 and the index is 54. This will be read as “twelve raised to the power 54” 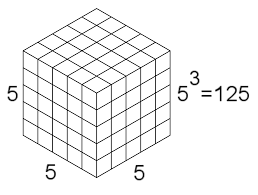 When these exponents are used for mathematical equations they follow a certain set of laws that makes the equations easy to solve and simple to understand.

Can that exponent be negative? The answer is yes. It means that when a number has a negative exponent, the given number is a decimal number. If we have a number with negative index, say a−n then we can represent it in terms of a positive index by taking its reciprocal. Thus

According to the product law of exponents when multiplying two numbers that have the same base then we can add the exponents, as

According to the quotient law of exponents, we can divide two numbers with the same base by subtracting the exponents.

According to the power law of exponents if a number raise a power to a power, just multiply the exponents

The power of product rule states that:

The power of product rule states that:
(a/b)n=an/bn

Laws of Exponent at a Glance 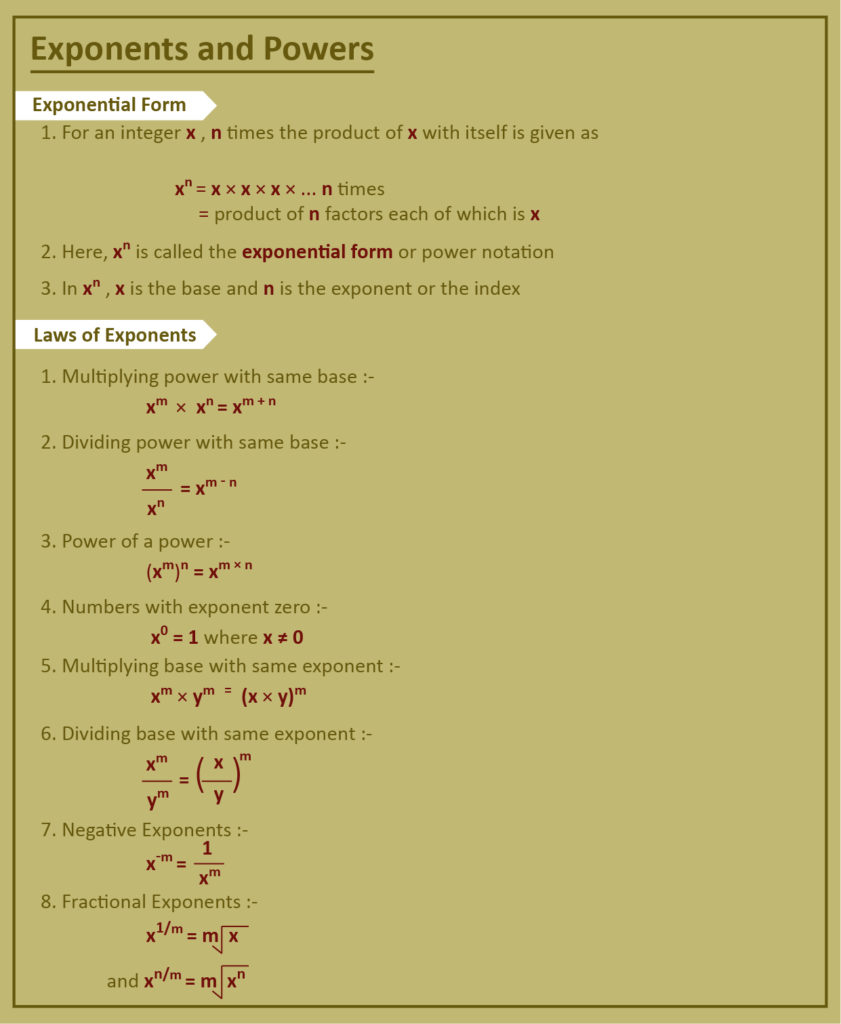 Question: By what number (4)-3 be multiplied so that the product become 1/16?

Solution: 4 Simplest way to to solve this would be:

Question 3: What are exponents?

Answer: Exponents refer to a short form to denote the total times a number is to be multiplied by itself. For instance, 8³ are equals to 8*8*8.  Thus, in place of writing it as this you shorten it and write it as 7³ thus making it easier to understand. Thus, we read 8³ as ‘8 raised to the power three’ or ‘eight cubed’.

Question 4: How do you solve exponents?

Answer: To solve basic exponents, you need to multiply the base number repeatedly for the number of factors which represent the exponent. If you wish to add or subtract exponents, the numbers must consist of the same base and exponent.

Question 5: What is difference between power and exponent?

Answer: Exponents are often referred to as powers or indices. In simpler terms, power refers to an expression which represents repeated multiplication of the same number while exponent is a quantity which is representing the power to which the number is raised. Thus, both these terms are frequently made use of interchangeably in mathematical operations.

Question 6: What is exponent and base?