I am sure most of us have used a taxi to reach a destination. So, you know that a taxi charges a base fare for the first few kilometres. After which, it charges a certain amount per kilometre. For example, say the base fare of a taxi is 20 Rs for the first 2 km. After which, taxi charges 10 Rs per km. So charges for 3, 4, 5…km will be 30, 40, 50….Observe that these taxi fares form a pattern. In which, we get the next fare by adding a fixed number to the previous fare. Such a sequence of numbers is said to be in Arithmetic Progression. Let us learn more about arithmetic progressions.

What is a Sequence?

A sequence or progressions is a list of numbers in a special order. It is a string of numbers following a particular pattern, and all the elements of a sequence are called its terms. There are various types of sequences which are universally accepted, but the one which we are going to study right now is the arithmetic progression. 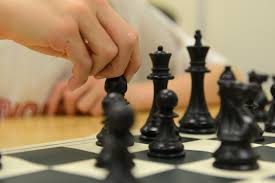 Here we can see that the difference is common to both the terms. So, we can say that the given sequences are in arithmetic progression.

General Form of an Arithmetic Progression

Say the terms a1  a2  a3……an are in AP. If the first term is ‘a’ and its common difference is ‘d’. Then, the terms can also be expressed as follows

Therefore, we can also represent arithmetic progressions as

This form of representation is called the general form of an AP.

nth term of an Arithmetic Progression

Say the terms a1  a2  a3……an are in AP. If the first term is ‘a’ and its common difference is ‘d’. Then, the terms can also be expressed as follows,

Therefore, we can find the nth term of an AP by using the formula,

an is called the general term of an AP

The sum of first n terms in arithmetic progressions can be calculated using the formula given below.

Here S is the sum, n is the number of terms in AP, a is the first term and d is the common difference.

When we know the first term, a and the last term, l, of AP. Then, the sum of n terms is

Solved Problems for You

Solution: Correct option is B.

Hence, a total sum of Rs 5000 was handed out in cash to winners.

By substituting in the formula we get

Question. Find the missing term in the following AP. 5, x, 13

By substituting values we get

Therefore, the missing term is 9.