A company is a voluntary association of people who contribute money for a common purpose. A company is an artificial person and a separate legal entity. Let us now understand the basic concepts of company accounts. The contribution of money by people forms the capital of the company and the contributors are its members. Hence, the capital of a company is known as share capital and the contributors as shareholders. Indian Companies Act, 2013 governs all companies and provides guidelines for them to adhere to.

As per Section 43 of the Companies Act, 2013 Share Capital of a company can be of two types:

It consists of equity shares. Equity Shares are shares which are not Preference Shares. These carry maximum ‘risks and rewards’ of the business. In the case of high profits, they receive a payment of higher dividends and appreciation in the market value of the shares.

While, in the case of loss, there exists a higher risk of losing part or all the shares. Equity Share Capital may be with the voting rights or with the differential rights related to dividend, voting or any other right.

The capital will be deemed to be preference share capital when it has either or both of the following rights: 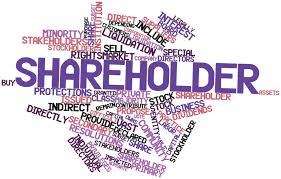 Types of Share Capital shown in the Balance Sheet

It is the amount of capital which a company offers to the public for subscription. Also, it includes the shares that a company allotted to the vendors or promoters of the company for consideration other than cash.

It is the amount of capital for which the company receives the subscription from the public and makes the allotment to them. It can be equal to or less than the Issued Capital.

Hence, the portion that the company calls is called-up capital and the remaining portion is un-called capital.

Ans. The various classes of Preference shares are: