Debentures are a liability or debt instrument which companies and government use to issue loans. They issue it to corporates according to their reputation at a constant rate of interest. Hence, debentures are also the bonds which serve as an IOU between the issuer and buyer. In this article, we will look at the treatment and aspects of the issue of debentures as collateral security. 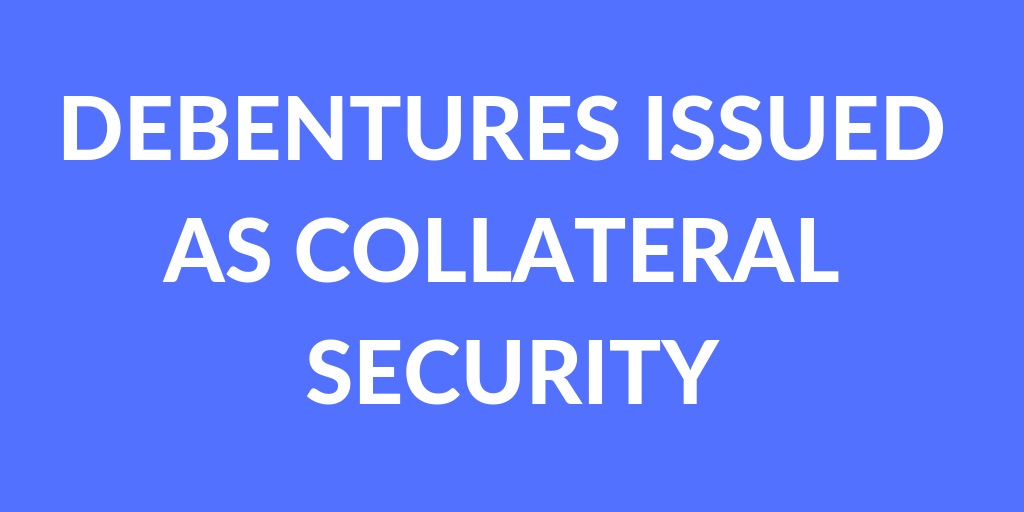 Issue of Debentures as Collateral Security

There are certain conditions when a company does not have enough funds to pay back its loan amount. In such situations, they generally end up providing or issuing debentures. Hence, such issuing of debentures is like collateral security for the primary debt or loan.

When he fails to pay the loan, then the lender sells these securities to recover the amount. However, in some cases, a company might issue its own debentures as collateral security for a loan. When they pay the loan on the due date, the lender immediately releases or returns the main security and debentures.

In a case where the company does not repay the loan and interest on the due date then the lender becomes the owner of these debentures. Thus, now he can exercise all the rights of a debenture holder. But he is provided interest only on loan, not on debentures.

There are two treatments of issuing debentures as collateral security in the accounting books:

Company does not make any journal entry in the account books at the time of issue of these debentures. A note is attached below the loan on the liabilities side of the balance sheet. It will state the fact that they have been secured by the issue of debentures.

Sometimes the issue of debentures as collateral security is shown by making the following journal entry:

The ‘Debentures Suspense’ Account will be present on the assets side of the balance sheet whereas Debentures on the liabilities side.

Question: Verma Ltd. takes a loan from Oriental Bank of Commerce of Rs.20,00,000. It gives 11%% First Mortgage Debentures of face value ₹100 each of ₹3000000 as collateral security. Show the accounting treatment using the first method.

Solution: The company will show the treatment in the ‘Notes to Accounts’ of Balance Sheet in the following way:

Notes to Accounts of Verma Ltd. as at…(date)

Note: In case the question asks for the Journal entry according to the Second Method, then pass the following Journal entry: