You, of course, hate the seed when you are savouring your favourite watermelon. However, are you aware that without the seeds, you can’t get to eat and enjoy that fruit at all? Seeds are important for plants in more ways than you can actually imagine! In this chapter, we will look at the types of seed and study about their characteristics in more detail.

What is the Seed?

A seed is a basic part of any plant. The ovules after fertilization, develop into seeds. A seed is made up of a seed coat and an embryo. The embryo is made up of a radicle, an embryonal axis and one (wheat, maize) or two cotyledons (gram and pea). A seed is found inside a fruit which converts into a new plant when we plant it. Hence, the seed is the most important part. 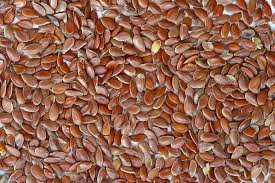 Let us now look at the different types of seeds and study their characteristics.

A Seed is primarily of two types. The two types are:

Let us now study about these types of seeds in brief.

Structure of a Monocotyledonous Seed

A Monocotyledonous seed, as the name suggests, has only one cotyledon. There is only one outer layering of the seed coat. A seed has the following parts:

Learn more about the Morphology of Flower here.

Structure of a Dicotyledonous Seed

Question: What are the types of mature seeds?

Solution: We know two types of mature seeds. These are:

Q.1 Which part of the seed is used to protect the seed?

Answer: There are three parts of a plant seed, namely seed coat, endosperm and embryo. Seed coat protects the seed from physical, mechanical, temperature-related and water damage. Cotyledon is an embryonic leaf present within the seed of a plant. Embryo consists of precursor tissues for different parts of plants.

Q.2 Which microorganism destroys the seed?

Answer: The most common microorganism that destroys the seed is fungi. If the moisture content of the seed is higher, it results in growth of fungus in seeds. Fungus can damage the seeds before it emerges from the soil. It causes seed rot.

Q.3 Which plant leaves are used to protect the seed from the insects?

Answer: Neem plant leaves are used to defense seeds against insects. It contains various compounds which act as insecticides. For example, one of the neem component, azadirachtin, interrupts metamorphosis of insect larvae. Another neem component, salannin, acts as insect repellent.

Q.4 The seed contains the future plant or embryo which develops into seedling under appropriate conditions.

Answer: Seeds contains embryo which develops into a seedling when grown under optimum conditions. The endosperm inside the seeds helps in the growth and development of the embryo. It has starch as stored nutrition which allows the rapid growth of embryo. It also stores oil.