In view of the coronavirus pandemic, we are making LIVE CLASSES and VIDEO CLASSES completely FREE to prevent interruption in studies
Home > Business Laws - CS > Role of Company Secretary > Company Secretary in Practice

A Company Secretary in Employment is the attachment of the CS with the organization through an agreement of employment.

The Companies Act, 2013 provides certain guidelines for a certain class of the organization to appoint a CS. The Act recognizes him as a Key Managerial Personnel (KMP) along with Chief Executive Officer, Manager, Managing Director, Whole Time Officer, and Chief Financial Officer.

Every Listed Company and other public companies (of which paid-up share capital exceeds Rs.10 crore) need to appoint a whole time key-managerial personnel. It is covered under Rule 8.

Companies other than covered under Rule 8 have to appoint a whole time key managerial personnel. It happens only if their paid-up share capital exceeds Rs.5 crores. 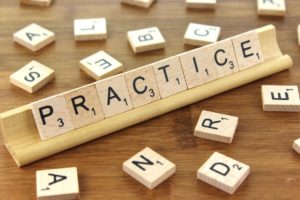 Then Section 2(2) states that CS in practice means any member of the institute who does not work under any agreement. Hence, he works either as an individual or in partnership. The role, as well as the authority level of the CS under practice, is more than the CS in employment.

Learn more about Company Secretary as a Scrutinizer in E-Voting.

1. Firstly, Promotion, formation, and incorporation of companies and related matters
2. Secondly, Representing on behalf of a company and other persons before NCLT
3. Thirdly, Handling Corporate Restructuring and takeover
4. Administrator in respect of rehabilitation and revival of sick companies
5. Provide Professional assistance to Company Liquidator
6. Secretarial Audit and Certification Services
7. The signing of Annual Return
8. Lastly, Pre-certification and e-filing of various e- forms

The annual return is the snapshot of certain company information as they stood on the close of the financial year. In case of a non-listed company, an annual return has to be signed by a CS in Employment and Director of the company. If the company has not employed any CS then it is signed by CS in Practice.

In Case of Listed Companies, even if the annual return is signed by the CS in Employment, it is to be certified by a CS in Practice. Company Rules 2014 states that this rule is applicable to listed companies only if their:
(a) Paid-up share capital is more than Rs.10 crores
(b) Turnover is more than Rs.50 crores

Secretarial Audit is an audit to check compliance of various legislations including the Companies Act. Companies Act, 2013 states that every listed company and other class of companies need to submit a Secretarial Audit Report along with the Board Report which is certified by a CS in Practice. This report is submitted in form MR 3. Other classes of companies include those companies of which:
(a) Firstly, Paid-up share Capital exceeds Rs.50 crores; and
(b) Secondly, Turnover exceeds Rs.250 crores

Evaluation of CS in Employment

Evaluation of CS in Practice

Question: What are the major Responsibilities of Company Secretary in Employment?

Solution: The following are the major responsibilities:
1. Firstly, To assist the Board of Directors
2. Secondly, To comply with the various law-related provisions
3. Thirdly, To ensure that the company complies with secretarial standards

Share with friends
Previous
Rights and Duties of Agents
Next
Types of Plans : Single-use and Standing Plans