In general, Scrutinizer means an examiner, inspector or an investigator who observe carefully the whole process of Voting on behalf of Company in an Independent manner. He is responsible for monitoring the entire process of e-voting. There are provisions under the Companies Act,2013 which states the role of Company Secretary which are Section 108 (Company Secretary as Scrutinizer in e-voting), Section 109, and Section 110.

Who requires the appointment of Company Secretary as Scrutinizer?

The following companies require to appoint a scrutinizer:
(a) Firstly, All companies other than companies referred in chapter XB and XC of SEBI Regulations,2009
(b) Secondly, A company having 1000 or more members and which provides its members right to vote in the general meeting.

The following companies require to appoint a scrutinizer:
(a) Firstly, Every company other than One Person Company (OPC)
(b) Secondly, Other companies having members up to 200

It is not just the need of the scrutinizer at the time of e-voting, it is an obligation also. Company (Management and Administration) Rules, 2014 makes it an obligation on part of the specified companies. BOD has to appoint one or more scrutinizer if the company falls under the relevant category. 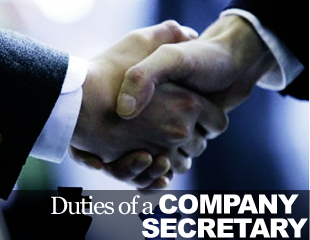 (a) He ensures that the person who votes once does not repeat it again at the general meeting. For this, he keeps the following records of the people who are going to vote:
1. Names
2. Folios
3. Number of shares held
4. Other relevant information

(b) He may take the help of people who have the necessary information (but not in employment).

(d) He maintains a register mostly electronically to record the following details:
1. The particulars of name
2. Address
3. Folio number
4. The ID number of members
5. Shares (No.) held by the members casting votes
6. The nominal value of shares

(e) He maintains the various records in safe custody until it is signed and authorized by the Chairman. Once the chairman signs it, he hands over the documents to the company.

2. In Case of Polling

3. In Case of Postal Ballot

(a) Company Secretary as Scrutinizer need to prepare a full-fledged report within seven days from the receipt of the postal ballot.

(b) He maintains a register mostly electronically to record the following details:
1. The particulars of name
2. Address
3. Folio number
4. The ID number of members
5. Shares (No.) held by the members casting votes
6. The nominal value of shares

Procedure for Appointment of Scrutinizer

The following steps are necessary to appoint a Company Secretary as Scrutinizer in the organization:

1. Firstly, the consent or approval of the Company Secretary is taken for his/her appointment as scrutinizer.
2. Secondly, Issue a notice containing the agenda of the Board Meeting within 7 days of the acquisition of the consent to every director of the company. It is sent to the registered addresses of the directors providing the various details regarding the conduct of the meeting. Then, a Board Meeting is held to decide and appoint the scrutinizer.
3. Thirdly, he prepares the minutes of the whole meeting.
4. Lastly, a draft is prepared and circulated with 15 days of the decision of the Board Meeting. It is handed over to all the directors for their feedback and response. At last, the decision is finalized and the scrutinizer is appointed.

A Company Secretary performs a set of functions during his attachment to the organization. Along with his basic function/duties, he is also appointed as a scrutinizer at the time of e-voting.

He performs various duties/functions as a scrutinizer which helps in the proper handling of the e-voting. Moreover, the scrutinizer is selected in a democratic manner making him/her acceptable to the whole organization.

He, as a scrutinizer, helps the directors to vote from anywhere and anytime. Hence, he makes the e-voting process effective and smooth.

Question: Who is eligible as a Scrutinizer?