What actually makes a country democratic? You must have heard that Democracy is the rule of the people, for the people and by the people. To ensure this very ‘rule by the people’, elections are held. Hence, elections are the process by which people select their representatives in the government.

A democratic government means the rule of the people, by the people. Since in a big country with a huge population of billions, it is not possible for everybody to gather and rule each other. Hence, a system eventually came to be formed where a group of people would select one person to represent their interests. Through this person, people’s interests would rule.

Process of Elections in India 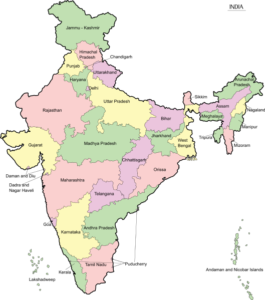 Constituencies are areas marked for people to elect their representatives from. In India, each constituency has roughly a similar size of the population, meaning the number ofcvaries from state to state. This also implies that the number of seats (example, in Lok Sabha) is in proportion to the population of the state. 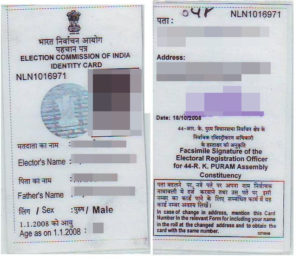 The constituencies have people who vote for their representatives or can even stand for elections themselves. ‘Electoral rolls‘ are the lists of voters in one constituency. In India, there is a universal franchise by law. Meaning, that every individual, above the age of 18 has a right to vote and choose his representative. And so all their names should appear in their respective electoral rolls.

India allows every eligible person to stand for elections, as long as they have a ‘ticket’. A political party registers for elections and individuals file their nomination papers too. Then, a person each gets a ‘ticket’ from the party they’re representing and he can formally contest the elections. Every party has a symbol that represents them, for example BJP has a lotus flower. 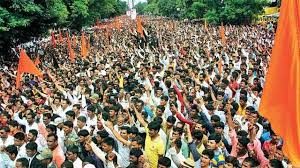 Each party contesting elections has a particular ideology and set of policies. They need to hold political campaigns for around two weeks in order to publicize them and gather voters. Ideally, they need to do this ethically by convincing voters with good policies and plans. In India, they’re given a particular limit of expenditure, beyond which they can’t spend more money. 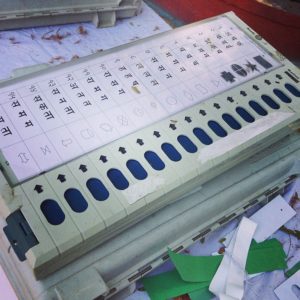 This day is finally when voters vote for their choice of representative in election booths. Earlier, people used to vote by ballot paper, but nowadays, they use EVM (electronic voting machines) by simply pressing a button on their party symbol. The votes are them later counted and the candidate with the majority of the votes wins the election.

In India, there are a couple of problems that stand in the way of free and fair elections. Some of these are:

Q: What is the age of being eligible for voting in India?

Answer: The eligible age for voting in elections in India is 18. India has a ‘universal adult franchise’ where every adult has a right and duty to vote.