The Indian Constitution promises its citizens equality in all aspects. Every person must be treated equally in the eyes of the law and in society. However, the reality is slightly different than what is reflected in our constitution. So let us see how some sections of our society are marginalized and focus on understanding marginalization.

Marginalization means when a certain person or a sect of people are made to feel of lesser importance, by those in power. Marginalized persons are forced to the periphery or the edge of society. This, in turn, robs them of the facilities and opportunities enjoyed by the non-marginalized sections of society.

Marginalization starts a chain of events that only further the plight of the marginalized. Their demands are usually overheard and their desires and dreams are ignored by society. The Indian constitution strictly asks us to celebrate the diversity of our population and treat all its citizens as equals. But there are a few sections of our society that have definitely been marginalized by us. Let us talk about them in our attempt at understanding marginalization. 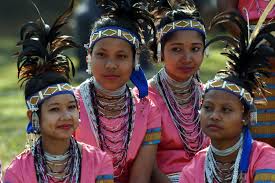 Adivasi actually translates to the original inhabitants. And Adivasis were the original inhabitants of our country, i.e. the indigenous people of India. Adivasis have a different set of social norms and behaviours than our modern society. They have their own languages and dialects, forms of self-government and their own native religions and practices as well. They usually live in small groups in forests or at the edge of forests.

Then when industrialization started in India, Adivasis and their lands were exploited by rulers and the government. Most of the Adivasi population was found in Jharkhand, Orissa and other states of North-East India. But mining activities, commercial farming, timber industries and even war in some regions forced the Adivasis from their home and their occupations.

They were pushed out of their homes and forced to migrate to other parts of the country. They faced a lot of difficulties due to their inability to merge with society. Also, they were largely illiterate and some were malnourished. Even after working hard manual labour jobs or working in factories, they remained extremely poor. The modern society and its citizens started looking at the Adivasis as backward, poor, ignorant people. And this in large, lead to their marginalization.

When we talk about understanding marginalization, we must turn our focus to the minorities in India. Minorities refer to a group of people that live within the society that are different than the majority of people on the base of religion, race, beliefs, language etc. They are basically numerically smaller in numbers than the majority. In India minorities (on the base of religion) include Muslims, Jains, Buddhists, Sikhs, Christians, and others.

The Indian constitution has a section on Fundamental Rights of citizens, that provides minorities with protection and safeguards against discrimination. But still in our society sometimes, these minorities get marginalized in certain sections and situations. Let us take the example of Muslims in India. Roughly 14.2% population of India is Muslim, and yet they face marginalization.

Compared to the other communities and religions of India, Muslims have the slowest development in the socio-economic sectors. They lag behind in literacy with only 57.3% of them being literate till 2015. Even when it comes to amenities they are falling behind. They live in sub-par houses that sometimes lack basic facilities like indoor plumbing. The poverty rate is also higher among Muslims. Another worrying statistic is the number of Muslims employed in public and government jobs.

So while our constitution provides us with safeguards, in our society minorities, Adivasis, people form schedule tribes are often marginalized. Understanding marginalization is the first step in tackling and fighting against it.

Question: Adivasis from the North-East were displaced due to which of the following?

Solution: The correct answer is C. The North-East region was war-torn around 1947. Most of the land there was occupied by the military, and hence the Adivasis were displaced from their native land and had to migrate.