As a society, we have always have flourished when we lived together in communities. A country is nothing but one giant community, and like every community, it must be governed. Let us study about the main purpose and functions of the government. We will also see the three forms of government, democracy, autocracy and oligarchy.

Every now and then, in social media or newspapers, you may have come across news about a new bill or a new policy update. In recent times, the demonetization move and the GST rollout took over the country with a storm. More often than not, conversations always revolve around politics. What went right or what went wrong. Sometimes it’s about a fuel hike and sometimes it’s about the general law and order or social welfare. All in all, all these topics or conversations revolve around the government.

So, what is a government? A government is an institution or a system made of a group of people that takes care or manages a country or a state. Every government has its own constitution or a set of fundamental principles that it follows to ensure effective governance. Now when we say governance, what does that entail? How does it work? Once appointed or formed, the government is responsible for the social welfare, law and order, defence, and financial affairs of the country. 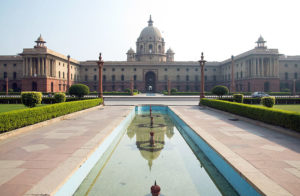 Responsibilities of a Government

Although the list is exhaustive and endless, let’s discuss a few important responsibilities of a government. A government must ensure the security of its people through the means of an effective legislation. A government must form and manage an efficient police force, a fair court justice system, and a robust defense force.

Levels of a Government

As you already know, a government’s responsibilities towards its people is endless. From forming effective policies to building civic amenities, a government needs to ensure that it’s all done efficiently so that the people can make the most of it. And that’s the reason why a government has its levels. For instance, each state in India has a state government. And within each state, there is a separate municipal body that governs each district or village. And then, every village has its Panchayat. These levels ensure that the central government’s policies and rules are implemented all over the country.

Now that you are familiar with the basic responsibilities of the government, let’s understand who makes up the government. We all know that India is a democratic country. But there are many other countries that do not follow democracy. Let’s look at a few government types.

In a democracy, a country’s people are involved in choosing its leader or head. The people are involved in the process of forming a government. They have the free will and right to vote for a party to come into power. The right to vote is not determined by wealth or class or race. In a democracy, there are different parties that have a manifesto or an idea about how a country should be governed. A democratic government is formed when a majority of people support a certain party as the ruling party or power.

Within democracy again, there are several forms of democracies such as a republic, a constitutional monarchy, a presidential system, or a parliamentary system. 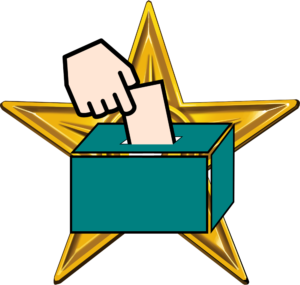 A military dictatorship is formed when the military takes control of power in a country. And there may be different reasons why the military seizes power from the ruling party. Sometimes, it is formed with the intention of saving people from corrupt politicians.

An oligarchy is a form of government where power or authority is in the hands of a small class of privileged people or people who have similar or shared interests. An oligarchy is different from a democracy in the sense that very few people have the choice to vote or change anything. And it is different from a monarchy in the sense that power is in the hands of a few people and not a king.