The Constitution of India holds a unique place in the country’s history. This is because it created a sovereign republic that is the modern state of India. The history of the Constitution offers some interesting insights into the state of affairs before Independence. It took persistent efforts for several years to draft and enact our Constitution. 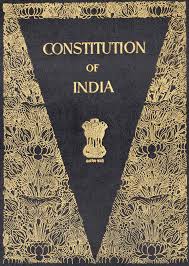 The Indian Constitution is one of the most comprehensive documents of its kind. Apart from being the longest, it is also famous for containing all minute details governing the Indian state.

Before Independence, India consisted of two entities: the British government and the princely states. It is the Constitution which formally ended these two distinctions and created the Union of India.

The history of the Constitution of India is very insightful as it explains exactly how it came into being. It also explains why India chose the Parliamentary form of democracy in its modern form.

The British came to India in the 17th century initially for trading only. Eventually, after slowly gaining more power, they attained the rights to collect revenue and govern themselves. In order to do this, they enacted various laws, rules and regulations.

The rule of the Company itself finally ended with the Government of India Act in 1858. As a result, the British Crown became ruler of India and administered the country through its government.

The Indian Councils Acts of 1861, 1892 and 1909 started giving representation to Indians in the Viceroy’s councils. They also restored legislative powers back to some provinces. In other words, they adopted decentralization of powers between the Centre and the provinces.

According to this Act, legislative councils came into existence in all provinces of the government. In other words, the British adopted a bicameral structure with separate central and provincial governments. This was also the first time when people could elect their own representatives through direct elections. The Constitution later adopted this quasi-federal and bicameral structure.

The enactment of this law is one of the most important events in the history of the Constitution. Firstly, this law divided powers of governance into a Federal List, a Provincial List and a Concurrent List. Even the Indian Constitution adopted such division of powers between the Central and state governments.

Secondly, this Act granted more autonomy of self-governance to the provinces. It even established the Federal Court, which we now refer to as the Supreme Court of India.

The Indian Independence Act of 1947

This Act marks the final step in the departure of the British from India. India became a truly independent and sovereign state after this Act. The Act established governments at the central and provincial levels. It also laid down the foundation of the Constituent Assembly.

Members of the provisional assemblies indirectly elected members of the Constituent Assembly. This assembly served as the first ‘Parliament’ of independent India and first met on 9 December 1946 in Delhi. After Independence, the Assembly elected Dr Rajendra Prasad as its Chairman and began drafting the Constitution.

The Assembly finally adopted the Constitution on 26 January 1950. India formally became a sovereign republic that day. This is why we celebrate 26 January as India’s Republic Day.

Questions on History of the Constitution

Question: State the missing words in the following sentences.

(b) The __________ Act allowed Indians to elect their representatives for the first time.