Feminism is a controversial topic these days. Women are becoming aware of their rights and are fighting against inequality. Has it always been the same for them? Why are people discriminating on the basis of gender? Let’s find out more about How Women Change the World.

Women’s status in India has been changing since the ancient times. There were a lot of ups and downs in their status. Inequality on the basis of gender is very common in a country like India. Women have been harassed for dowry. One in three women experiences sexual or domestic abuse. 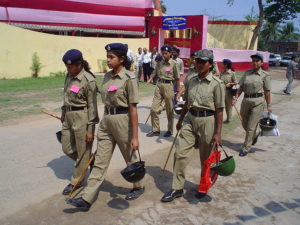 Female foeticide is common. There is no equal pay. It is also considered that women don’t have a technical mind, hence, she can’t become a scientist or an engineer. However, they are fighting for their rights.

There are a lot of stereotypes and misconceptions in the society, this gives rise to misogyny in the society. Women are often considered as the weaker sex. They are considered to be emotional and fragile. A lot of people think that certain jobs should be only done by men.

Even in daily soaps, tv shows, movies, a housewife is often portrayed as a weak and innocent lady who is often harassed by other women i.e. her mother – in – law. Many people think that women should only belong in the kitchen and she should be prohibited from pursuing education. People think that women can’t be funny.

It also considered that the women should take care of the baby instead of a man. All these stereotypes about women’s ability or inability have affected their right to equality. This is one of the reasons why they are not given equal wages as compared to men. And why they are denied education.

Ramabai Pandita is also as Pandita because she could read and write in Sanskrit, during her time females weren’t allowed to study. She was a rebel. Pandita studied and proved everyone that even women can study. She also set up a mission in Khedgaon for widows and the poor, who were encouraged to be literate and independent.

Laxmi Lakra became the first woman engine driver for Northern Railways. She is from Jharkhand and over there females aren’t encouraged to work or study. However, Laxmi broke the norm and became an engine driver.

Q1. How do you think stereotypes, about what women can or cannot do, affect their right to equality?

Sol: The correct answer is the option ”d”. Stereotypes about what women can or cannot do affect their right to equality; they do not get the same support that boys get, They are considered inferior to men, They are not sent to educational institutions, They are promoted to see marriage as their future instead of higher studies, They are not paid equally to men for the same work.

Q2. What is the role of Campaigning?

Sol: The correct answer is the option ”d”. Campaigns to fight discrimination and violence against women are an important part of women’s movement.Campaigns have also led to new laws being passed. Efforts made by the movement led the Supreme Court to formulate guidelines in 1997 to protect them against sexual harassment at the workplace and within educational institutions.