All the working of a computer system depends on the OS at the base level. Further, it performs all the functions like handling memory, processes, the interaction between hardware and software, etc. Now, let us study some common operating systems.

The various common operating systems are as follows:

Microsoft Windows is one of the most common graphical OS. It is developed and marketed by Microsoft. Its common name is windows or win. The current version of Microsoft Windows is Windows 10. Moreover, it has several earlier versions like Windows XP, Windows 8, Windows 7, etc. Besides, the most common editions for home computers are Windows Home (Win Home) and Windows Professional (Win Pro or Windows Pro).

The first version of Microsoft Windows was released in 1985. Do you know why the name for this OS is Microsoft Windows? This is because, earlier, windows used the command line operating system, MS-DOS. Since the graphical version consists of windows. Moreover, these windows help the user to perform multiple tasks. Hence, the name Microsoft Windows. Linux is a popular operating system. It is not a part of any particular firm or organization. Rather, it was developed by a programmer Linus Torvalds in 1991. It is an open-source operating system. Moreover, Today, LINUX is run in many organizations, private offices, on mobiles, supercomputers, over the internet, etc. Therefore, we can say that it is one of the most popular OS today.

It already contains almost all the features of UNIX OS. Moreover, it also has some additional features. Moreover, It contains a variety of user interfaces like GNOME, KDE, Mate, Cinnamon, etc. In addition to this, it has several versions of distributions as follows UBUNTU, DEBIAN, SOLAS, LINUX MINT, etc.

It is one of the most common versions of the operating system today. It is basically used on mobile phones and tablets. Most versions of it are an open-source OS.

They have an inbuilt media and application store which is the playstore. 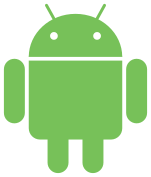 After android, it is one of the most popular OS. It is designed to run on Apple devices such as iPhones, iPad tablets, etc. Moreover, like the android devices have the playstore for apps download. Likewise, apple iOS contains the app store. Also, it has very strong security features.

It is the operating system used in Apple laptops and Apple desktops. Moreover, Its most popular features are Siri which is a virtual assistant, and FaceTime which is a video calling app.

Solaris is a type of UNIX  operating system. Moreover, Sun Microsystems developed it. Moreover, its most important feature is scalability. Furthermore, other unique features are DTrace, ZFS, and Time Slider.

OpenSolaris is the open-source version of Solaris.

An operating system performs various tasks. Let us study them. Several functions of OS are:

It is the management of the main or primary memory. Furthermore, whatever program is executed, it has to be present in the main memory. Therefore, there can be more than one program present at a time. Hence, it is required to manage the memory.

When more than one process runs on the system the OS decides how and when a process will use the CPU. Hence, the name is also CPU Scheduling. The OS:

The processes may require devices for their use. This management is done by the OS. The OS:

The files on a system are stored in different directories. The OS:

The OS keeps the system and programs safe and secure through authentication. A user id and password decide the authenticity of the user.

Some other functions of the OS can be:

Q1. What is an operating system?

A1. An operating system (OS) is a program that acts as an interface between the system hardware and the user. Moreover, it handles all the interactions between the software and the hardware.

A2. A kernel is the core/heart of an OS. It contains all the functions and operations to manage the working of OS.

A4. Some common operating system is as follows:

A5. Functions of OS are as follows: