An Assignment statement is a statement that is used to set a value to the variable name in a program. 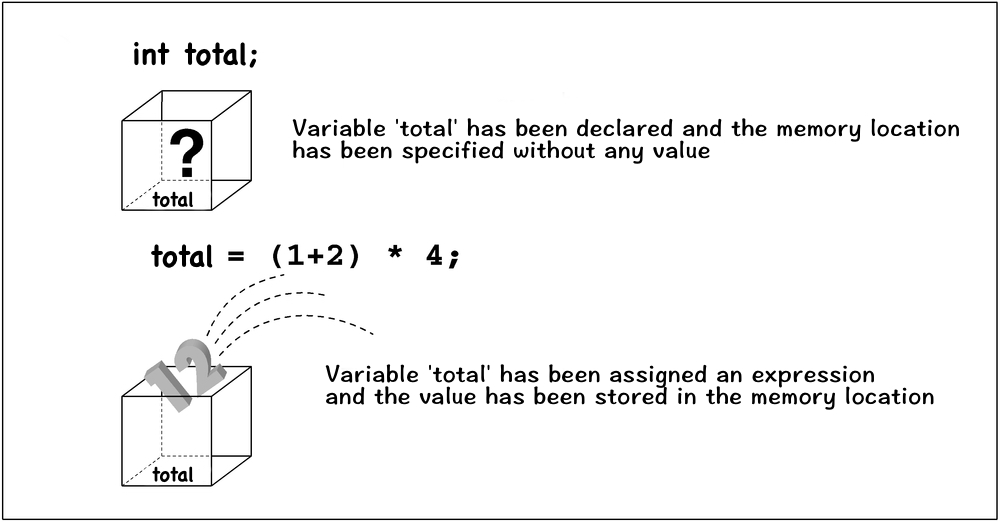 The symbol used in an assignment statement is called as an operator. The symbol is ‘=’.

Note: The Assignment Operator should never be used for Equality purpose which is double equal sign ‘==’.

The Basic Syntax of Assignment Statement in a programming language is :

Few programming languages such as Java, C, C++ require data type to be specified for the variable, so that it is easy to allocate memory space and store those values during program execution.

This is one of the most common forms of Assignment Statements. Here the Variable name is defined, initialized, and assigned a value in the same statement. This form is generally used when we want to use the Variable quite a few times and we do not want to change its value very frequently.

Generally, we use this form when we want to define and assign values for more than 1 variable at the same time. This saves time and is an easy method. Note that here every individual variable has a different value assigned to it.

In this format, a single value is assigned to two or more variables.

In this format, we use the combination of mathematical expressions and values for the Variable. Other augmented Assignment forms are: &=, -=, **=, etc.

Few Rules to be followed while writing the Assignment Statements are:

Q1. Which of the following shows the syntax of an assignment statement?

Q2. What is an expression?

Q3. What are the two steps that take place when an assignment statement is executed?