A constant is a quantity that does not change its value over a period of time. A constant is a universal quantity, where it remains the same for every aspect of computation. This quantity can be stored at specified locations in the memory of the computer. Once a constant is defined in the program, it cannot be changed. Let us dive deeper into the article and understand the concept of Constants in programming languages in a better way.

Constant is an entity that refers to a fixed value of data and which cannot be modified. During execution/computation of programming, the value of a constant cannot be altered, it remains constant.

Methods of Defining a Constant in Program 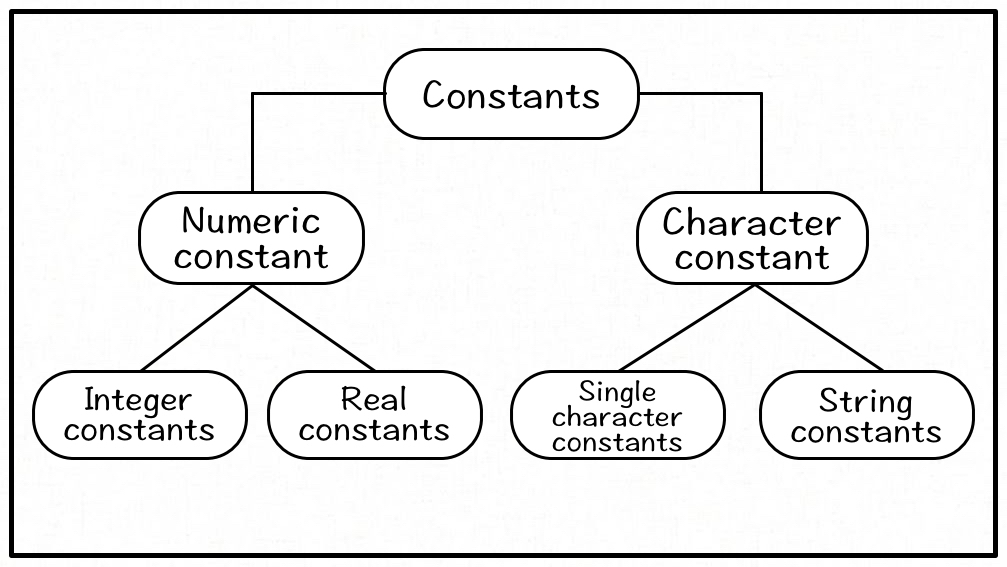 They contain fractional numbers that can be written in 2 forms, Fractional form, and Exponential form.

Any single character from the defined character set is called a character constant. They include a single alphabet, single-digit, single symbol enclosed within single inverted commas.

It contains a set/collection of characters that should be enclosed within double inverted commas.

FAQs on Constants in Programming Language

Q1. Which is the wrong way of declaring a constant?

Q2. Which of the following is a primary constant?

Is this a valid Character constant example? Explain why?

Answer – Option B, because Character constants only include single letter, single alphabet, and single symbols.