In Python, variables refer to containers which store data values. Basically, they are reference or pointers to an object in memory. In other words, it means that whenever a variable is assigned to an instance, it will be mapped to that instance. Moreover, contrasting to languages like C/C++/JAVA, Python is not statically typed. Meaning to say, one does not need to declare variables before we use them or declare their type. Consequently, a variable forms when we first assign a value to it. Thus, this article will throw light on the scope of variables. 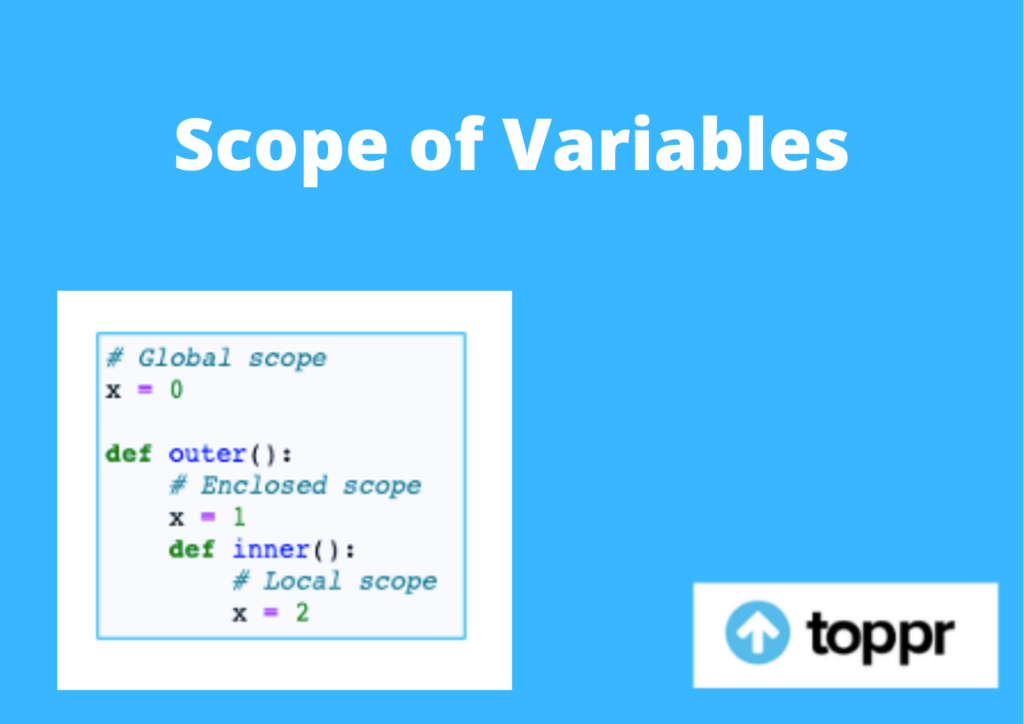 The location where one can find a variable and also access it if the need is referred to as the scope of variables. Global variables refer to the ones which are defined and declared outside any function are do not specify to any function. They come in use in any part of the program.

Now, suppose that a variable having the same name is defined inside the scope of function as well. Then, it will print the value given inside the function only and not the global value.

FAQ on Scope of Variables

Question 1: What is a built-in scope in Python?

Answer 1: The built-in scope has all the names which are loaded into the python variable scope when one starts the interpreter. For instance, one does not need to import any module for accessing functions like print () and id ().

Question 2: Does Python have scope?

Answer 2: In Python language, dissimilar to other languages like C, Python variable is in scope for the whole of the function or class or module where it is displayed and not merely in the innermost ‘block’. Moreover, we don’t need to declare variables in Python.

Question 3: What is the local and global scope in Python?