As you know, the economy of India is booming. And yet we do face economic problems of employment and deficit in budget etc. The government must form policies to help resolve such problems. This is nothing but fiscal policy. Let us take a look.

Fiscal Policy is the mechanism by means of which a government makes adjustments to its planned spending and the imposed tax rates to monitor and thus in turn influence the performance of a country’s economy. It is implemented along with the monetary policy by means of which the central bank of the nation influences the nation’s money supply. Together these policies go hand in hand to direct a country’s economic goals. 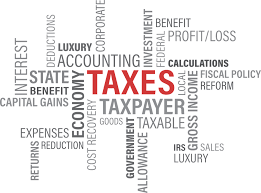 Fiscal policy is based on Keynesian economics, a theory by economist John Maynard Keynes. This theory states that the governments of nations can play a major role in influencing the productivity levels of the economy of the nation by changing (increasing or decreasing) the tax levels for the public and thus by modifying public spending.

This influence exerted by the policy helps in curbing inflation, increasing employment and most importantly it helps in maintaining a healthy value of the currency. Fiscal policy has a major role in managing the economy. An incompetent policy may lead to huge setbacks for the economy and may also lead to a recession.

The purpose to define such a policy is to balance the effect of modified tax rates and public spending. For instance, the government may try and simulate a slow-growing economy by increased spending. This increased spending is a result of lowered taxes by the government. However, this lowering of tax rates may cause inflation to rise. This is due to the fact that the inflow of money in the system is high along with an increased consumer demand. These facts coupled together lead to a decrease in the value of money.

This implies that more money is required to buy the same thing which was available for a lower price earlier. With more inflow of money in the economy due to a lesser amount of taxes, the demands of consumers for goods as well as services increases. This leads to growth in the businesses and turns the nation economy slow growing to active.

However, this too needs to be controlled. A steady decrease in taxes and increased consumer spending may lead to too much money inflow into the system. This can lead to an increase in inflation and thus the cost of production rises. This implies that in effect the purchasing power of the consumer decreases. The fiscal policy needs to be closely monitored to ensure that the economy is productive and not infected by uncontrolled inflation.

The policy may not affect all the people in the same way. The effect depends on the goals of the policy-making authorities. For instance, increased spending on research may only increase the income of a select few people. Whereas construction of dams may lead to increased employment for a larger group of people.

Along similar lines, a tax slab may affect only the middle-level income group. To summarize, the existence of a sustainable fiscal policy is imperative to create a vibrant and productive economy.

Q: Revenue equals expenditure in a:

Sol: The correct answer is “A”. Although in reality, this is a near impossibility.

Share with friends
Previous
Torque and Angular Momentum
Next
Debt