In our developing economy, it is absolutely essential that the government not only earn revenue but also incur expenditure. That is correct, to push along the development of the country the government must spend money. So let us learn about some related concepts of Capital Expenditure, Revenue Account etc.

What is Capital Expenditure?

Capital expenditure, also known as CapEx comprises the funds used by an organization or the government to purchase and maintain fixed assets like property, machine or any other equipment.

Capital Expenditure is a necessary requirement at times to take on new ventures or projects. Companies engage in capital expenditure while budgeting their expenses to broaden operations. It is also important when the company is engaged in expansion activities.

Browse more Topics under Government Budget And The Economy 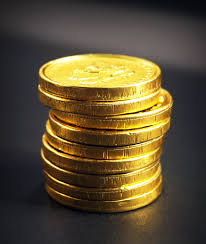 Revenue expenditure includes expenses which are not used for the creation of assets or repayment of liabilities. These basically include current expenses of the government. For example, paying salaries, giving grants are instances of revenue expenditure. It can further be divided into plan and non-plan expenditure. The current budget, however, has not used this classification.

A capital account is an account that includes the capital receipts and the payments. It basically includes assets as well as liabilities of the government. Capital receipts comprise of the loans or capital that are raised by governments by different means.

They can also raise money from the public, such loans are market loans. They could also borrow from banks or other sources by means of Treasury Bills, also called T-Bills. Loans are also raised from external sources like foreign governments or international institutions. Another way of raising capital is by disinvestment in public sector units or other assets.

Capital expenditures are usually one off and they include the substantial investments of money or capital that a government makes for the purpose of expansion in various sectors and different business in order to generate profits.

These expenditures are generally for the purchase of fixed assets or assets with a long life. These include machines, manufacturing equipment or equipment to enhance the infrastructure. These assets generate value throughout there life term for the government and may or may not have a salvage value. The assets depreciate and their cost will deduct throughout the life of the asset and not in one go.

Revenue expenses, on the other hand, are relatively current or short-term in nature. They are expenses the government requires for running the day to day activities. These expenses are fully charged in the year of the expense and not depreciated over a period. They may also be recurring or non-recurring in nature.

Q: Tax is a major source of revenue for the government. True or False?

Ans: The above statement is True. Taxes both Direct and Indirect are the governments biggest source of revenue.