In the real world, we rarely come across experiments with single outcomes like heads or tails. Generally, we do the experiment as a set of events and carry it for n number of times which give us a collection of outcomes which we can represent in the form of theoretical distribution. By theoretical distribution, we take mean of a frequency distribution, which we obtain in relation to a random variable by some mathematical model.

A random exponent is assumed as a model for theoretical distribution, and the probabilities are given by a function of the random variable is called probability function.

Thus, the observed frequency and the expected frequency may equal or may differ from each other due to fluctuation in the experiment.

The prefix ‘Bi’ means two or twice. A binomial distribution can be understood as the probability of a trail with two and only two outcomes. It is a type of distribution that has two different outcomes namely, ‘success’ and ‘failure’. Also, it is applicable to discrete random variables only.

The three different criteria of binomial distributions are: 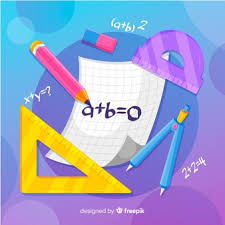 At first, we divide the time into n number of small intervals, such that n → ∞ and p denote the probability of success, as we have already divided the time into infinitely small intervals so p → 0. So the result must be that in that condition is n x p = λ (a finite constant).

The Normal Distribution defines a probability density function f(x) for the continuous random variable X considered in the system. The random variables which follow the normal distribution are ones whose values can assume any known value in a given range.

We can hence extend the range to – ∞ to  + ∞ . Continuous Variables are such random variables and thus, the Normal Distribution gives you the probability of your value being in a particular range for a given trial.  The normal distribution is very important in the statistical analysis due to the central limit theorem.

The theorem states that any distribution becomes normally distributed when the number of variables is sufficiently large. For instance, the binomial distribution tends to change into the normal distribution with mean and variance.

Explain the properties of Poisson Model and Normal Distribution.

In problem two, the sum of standard deviations should be 4.4 not 3.16.