The Central Bank is the apex institute that aids in the optimum management of currency and money flow within a market. However, it is also the center for last resort which lends money to the banking sector during a financial crisis. Most Central Banks have a critical and mandatory responsibility of:

The economy’s political and government system, usually, keeps a close watch on the functioning of the Central Bank.  However, the Central Banks at many emerging and developed economies are free from political intervention. In such a case, they are free to take decisions in an autonomous manner without being accountable to a higher authority. 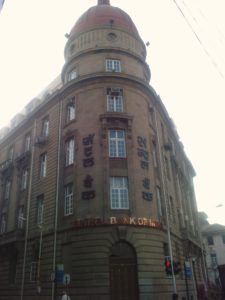 The Central Bank is the sole authority that has been given the sole right to issue money. Moreover, they are responsible for the rightful printing, minting and circulation of money into the economy. However, with great powers, comes

One of the most crucial functions of the Central Bank is that they are the custodians of cash. Moreover, banks in every country reserve some percentage of their deposits with the central bank. This makes the central bank, the legal and the most safest holder of cash reserves.

Adviser to the Government

When everything with a bank’s functioning, seems to be going down and under-performing,the central bank is ready to rescue. In other words, when the commercial banks are unable to lift themselves up from a crisis, they take to the last resort. In this case, the last monetary resort is one of the most important functions of Central Bank.

The commercial banks create a lot of credit during their course of operations. However, this credit can be one of the most critical and leading reasons for the emergence of inflation in an economy.

In such a case, a governing body is required to monitor the credit rates. Therefore, the central bank works on the control and modification of credit rates and the control of inflation.

Q. The Central Bank is the prevention of inflation of the controller of credit? Or both?