You’ve had geography as your subject. But do you know what is geography? What is the geography of India? And what is Cartography? Let’s find out more about it.

Table of content
1 Suggested Videos
2 Introduction to Geography
3 Geography of India
3.1 Cartography
4 Questions For You 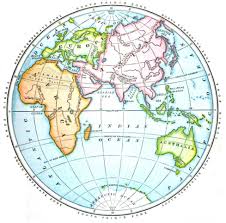 Geography is the study of land and the earth. It is a field of science devoted to the study of the lands, the features, the inhabitants, and the phenomena of Earth. The four historical traditions in geographical research are spatial analyses of natural and the human phenomena, area studies of places and regions, studies of human-land relationships, and the Earth sciences. River Ganga is the longest river here. Kanchenjunga of Sikkim is the highest point, is the highest point in India at 8,611 m (28,251 ft) and it is also the world’s 3rd highest peak. India has 29 states and 7 union territories. Rajasthan is the largest state and Goa is the smallest state.

The word Cartography is derived from the Greek word papyrus which means a sheet of paper or a map and the word graphein which means to write. Cartography is the science, study or practice of drawing maps. Cartography combines science, aesthetics, and technique and builds on the premise that reality can be modeled in ways that communicate spatial information effectively.

Q1. The Teesta treaty has become a bone of contention between India and _____.

Sol: The correct answer is the option ”b”. The Teesta river originates in Sikkim and flows through West Bengal as well as Bangladesh. India claims a share of 55 percent of the river’s water. Bangladesh wants a higher share than it gets now. Currently, its share is lower than that of India’s.

Negotiations on how to share the water have been going on since 1983. A 2011 interim deal – that was supposed to last 15 years – gave India 42.5 percent of the Teesta’s waters and gave Bangladesh 37.5 percent.

Q2. “Each day is more or less the same, the morning is clear and bright with a sea breeze; as the Sun climbs high in the sky, heat mounts up, dark clouds form the rain comes with thunder and lightning, but rain is soon over .” Which of the following regions is described in the above passage?

Sol: The correct answer is the option ”b”. The Equatorial region is described in the passage shown above.