You must be familiar with the fact that it was Aryabhata, an Indian mathematician who was responsible for giving the world the ” Gift of Zero” without which Mathematics is unimaginable. But do you also know that the binary system of numbering that is the basic language used by Computers was first described by the Indian Vedic scholar Pingala, in his book Chandahśāstra? Since times immemorial, the world of Science and Technology has been indebted to India for its massive contribution. Let us explore more about it.

The Contribution of Ancient India in Science and Technology

The Indian civilization is the oldest civilization in the world. Ancient India was way ahead of its western counterparts in its contribution to the field of Science and Technology. I bet the following list will make you proud to be living in the country of India! Let’s find out more about the science and technology in India.

Contribution in the Feild of Mathematics

Contribution in the Feild of Metallurgy

Contribution in the Feild of Medicine and Surgery 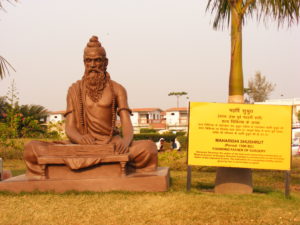 Apart from these, other contributions in technology include the development of cast- iron rockets, the Theory of Atom and the Heliocentric Theory.

Que: Who is considered as the Father of Indian Medicine?