Layers of Atmosphere are divided into five different layers according to temperature changes and altitude, which is Exosphere, Thermosphere, Mesosphere, Stratosphere, Troposphere. Let us find out more about layers of atmosphere and the importance of air.

Before discussing Layers of Atmosphere in detail let us have a look at Importance of Air first.

Air is a mixture of various gases. It is found in the Earth’s atmosphere. Usually, air is colorless, odorless, tasteless and it cannot be seen. One can’t touch air but he/she can feel it. It is a mixture of about 78% nitrogen, 21% oxygen, 0.9% argon, 0.04% carbon dioxide, and very small amounts of other gases. 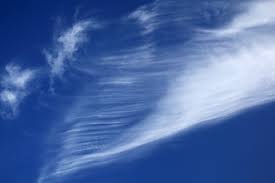 There is an average of about 1% water vapor. Pollution of  Air is known as Air pollution. It can be polluted by some gases (such as carbon monoxide), smoke, and ash. This pollution causes various problems including acid rain and global warming.

Layers of Atmosphere of Earth

The outermost layer of the atmosphere is the exosphere and it fades in the space.  It lies between 400-1500 km above the earth. The air here is extremely thin.

The thermosphere is the layer of the Earth’s atmosphere directly above the mesosphere. It extends from mesopause and consists of two layers (a) Ionosphere and (b) Exosphere.

Mesosphere layer lies above the stratosphere and extends to a height of 90 km from ground level. This temperature in this layer decreases with height and reaches a minimum of −110 degree Celcius.

Stratosphere lies above the tropopause. There is a total absence of water vapor in this layer. It extends to a height of 50 km from sea level. The temperature here is around −55 degree Celcius.

The troposphere is the lowermost and densest layer. Its height varies from 18 km at the Equator to 8 km at the Poles. Seventy-five percent of the atmosphere is found in this layer.

Q1. Climate the is the average condition of the weather in any area from a long time period like,

Sol. The correct answer is option ”a”. Climate is the average condition of the weather in a place over a long period of 25 years and so. While the weather can change in just a few hours, climate takes hundreds, thousands, even millions of years to change. It characterizes a region’s general weather patterns that happen over the course of many years.

The climate of an area is affected by its latitude, terrain, and altitude, as well as nearby water bodies and their currents. Climates can be classified according to the average and the typical ranges of different variables, most commonly temperature and precipitation.

Q2. The narrow band of land, water, and air where all kinds of life are possible is known as:

Sol.  The correct answer is option ”b”. The biosphere is the narrow band of land, water, and air where all kinds of life are possible. This layer ranges from heights of up to ten kilometers above sea level. It is the fourth component of the earth. The biosphere is a life-supporting global ecosystem, where each living things depend on each other and the environment.

The biosphere extends over the Earth’s surface in a thin layer from a few kilometers into the atmosphere, in very cold environments, to the deep-sea vents of the ocean depths, in a very hot environment.