Change is a natural phenomenon, and so is evolution. The modes of transports or measurements we use today were not as same as they are today. In fact, what we see today, has a long history of evolution, change, and hard work. The means of transport used by us today are a result of many milestones. Let us unveil the journey of transportation and measurements!

The Story Behind The Various Means Of Transport

Ever since the invention of wheels, humans have not looked back as regards the transportation they use. The various means of transport we use today have a very interesting story of evolution behind them. As we all know that, before the invention of wheels humans travelled on animals, which was not only time-consuming but energy drenching as well. Various animals like horse, mules, donkeys, elephants, and reindeer were used as means of transport in the past. But as the time paced and the wheel came into existence, we humans started using carts driven by these animals thus making long distance journeys easier and faster. Here we shall see the evolution stories of various means of transport!

With the advent of wheels, the first means of transport used by man were carts and carriages. The use of cars and buses as means of roadways came into existence much later. It was in the 17th and 18th century that the means of transport we use today on roadways like the cycle, motor cars, trucks etc. came into existence. The first car with internal combustion was invented in 1906, this technique today is the basis of many trains and cars. The use of trains as a means of transport is just 500 years old! Rails were pulled by animals more specifically horses and were made of wood. The use of iron in railways started in the 18th century. After the invention of steam engines, it was in 1820 that the steam run trains were used as means of long distance travelling. By the end of 19th century the modern day electric trains and monorails had knocked the doors of rail transportation. After these railways, the most modern form of travelling long distances is the super fast Bullet train.

Wooden logs were used as ways of crossing rivers and lakes. Later these wooden logs were cut into plates to form boats. Boats are to date the easiest way of transportation across lakes and ponds. Later with the development of motors and engines, the larger means of transport in the water like ships and motorboats replaced boats as these were faster and easier to use. The human desire to fly dates back to time immemorial. Hot air balloons and gliders were used as means of transport to travel by air. It was in the year 1903 when the humans actually flew. The credit for this goes to the famous Wright brothers. Until the 21st-century airways were used only for military purposes generally. It was in the 21st century that the modern aeroplanes and helicopters came into existence for various human transportation uses. 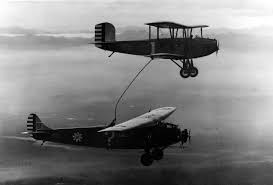 Have you ever seen your grandparents measuring things with their palms or handspan? Measuring things with your hands or foot is the oldest way of measuring. The problem with the usage is the size varies with every changing body. Before the development of the modern-day measurement system, body parts were effectively used to calculate measurements.

For example, a yard of cloth was measured from your chin to the fingertip, likewise, elbow to fingertip was a standard measurement system that equalled a cubit. However, the changing sizes with changing body hindered in the accuracy of these measurements. A standard form of measurement was eventually discovered, which is universally used and accepted today.

The standard units of measurement that we use today were created by French and were known as the Metric system of measurement. The system used today for measurement is known as The International System of Units (SI Units). The basic units of this system are millimetre (mm), centimetre (cm), meter (m)and kilometre (km). These metric units are related in the following ways:

For correct measurement of length, we use devices that give us accurate measurements. For smaller thing, we use scales while for longer things or distances we use metric measuring tapes.

For measuring curved lines you cannot use hand pans, foot or scales.Rather you need to use threads and tapes that help you measure them accurately. You can measure curved lines by placing a thread or tape at both the endpoints and matching that thread’s length with the scale gives us the accurate length of any curved line.

Humans have come along way as regards accuracy in measurements and speedy transportation system. To change is the human nature, and to use the same accurately is the human sense of intelligence, and this is the basic idea behind every change we make or use. Transportation and measurements today form the very basis of our existence and evolution both. So the next time you travel or measure always remember, tomorrow you might be using more innovative ways of doing so!

Q 1: Which one of these units would you use to measure the length of a handbag?

Solution: A) Pounds is used to measure the weight of an object. Miles is too long to measure the length of a handbag. Therefore, we are left with centimetre. Hence the answer is A.