Various grand building and structures were built by the rulers. These are known as monuments. There were two types of structures that were built by rulers and their craftsmen that earned the status of monuments: 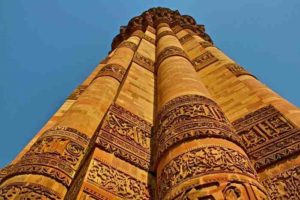 During that era, there were immense skilled craftsmen which were required to build phenomenal architecture. They used such technologies which were out of the imaginations and were successful to carve beautiful architectures on monuments.

Between seventh and tenth centuries craftsmen started building complex architectures which included more rooms, roofs, doors, and windows. However, between the eighth and the thirteenth centuries, various temples, mosques, tombs and buildings attached to large stepped wells, also known as baolis, were constructed out of the trabeate style which became quite famous around that time.

Temples and Mosques were the places to worship. Temple was also used as a means to demonstrate power and wealth. Rulers used to build the huge temple which depicts the picture of the world they ruled. These temples also included deities of the subordinate.

Islam does not have the belief in incarnations of god but they built beautiful architecture known as mosques to offer there pray to God. Rulers in the era of politics used religious architecture to gain fame. They build reservoirs and cultural center. They got involved in building well which was there for common people and ultimately was known for their great deeds.

Why were Temples Destroyed? 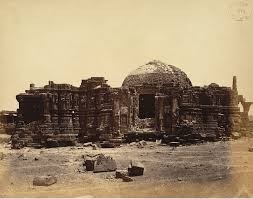 As temples were a depiction of Ruler’s power and wealth so when other kingdoms used to attack another kingdom they use to destroy the Temple as they ultimately destroyed Ruler’s power. For example, Pandyan king Shrimara Shrivallabha invaded Sri Lanka and defeated the Jewel Palace. He then proceeded to destroy monasteries and seize all the golden images from the palace. 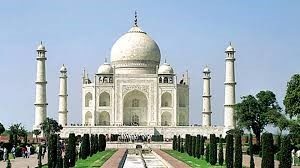 During Mughal period architecture took a drastic turn giving the world beautiful monuments and buildings which were built by famous emperors like Akbar, Shahjahan, Humayun, Babar etc., and especially Shahjahan who built Taj Mahal. He provided India with one of the  7 wonders of the world.

Babur was keen in building Gardens – one of which is Chahar Bagh, they were called so as they were symmetrically divided into four quarters.Similarly Jahangir, Akbar also built these gardens whereas Shahjahan built Tajmahal. They also built audience hall to communicate king’s justice. They started building their architectures on the riverfront to add to their beauty. 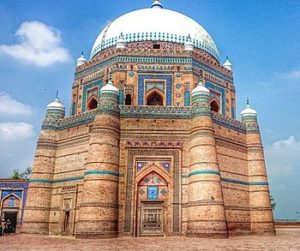 During eighth and eighteenth century there were sharing of ideas of architecture among the religions and different empires. As Mughals adopted the Bengal Dome in their architecture. Akbar’s capital Fatehpur Sikhri show various architecture inspiration from Gujrat and Malwa.

Questions: What are the kinds of structures built by kings and their officers between the 8th and the 18th century?

Answer: There were different structures that were built by the kings as well as their officers in between the 8th and the 18th century. These mainly included –

Share with friends
Previous
Oxidation Number
Next
Rulers and Buildings