Are you interested in art and architecture? Do you marvel today’s amazing buildings and temples? Maybe you are not aware of the ancient architecture! They were a hundred times more beautiful and enticing. In this chapter, we will know more about the ancient buildings, architecture, art, and books. You will surely love the creativity that existed back then when there was no technology! It was simply the love of art! Let’s find out more about Buildings, Paintings, and Books.

History of Indian Buildings and Architecture 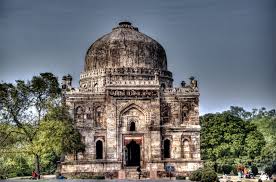 About 1500 years ago, writing and painting saw a major development in India. The famous Amravati Stupa is around two thousand years old. However, at present, its remains can be seen in Amravati, Maharashtra. Garbhagriha is what made up Hindu temple. This refers to the inner sanctum where deities were kept. Usually, single pieces of rocks were carved into many temples. The rocks were cut by the use of stone cutters. 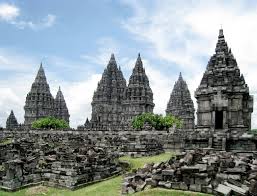 Construction of temples was an expensive activity. Kings and queens used to spend money out of their treasury to pay craftsmen. Other donators like merchants, farmers, perfumes etc. brought gifts for temples. Those gifts were decorators. They helped in decorating the premises of the temples.

An association of Ivory workers made the Gateway of Sanchi Stupa. The walls of the cave had many colorful and attractive paintings. These paintings were done by colors made from plants and minerals. There is, however, no information about the original artists. 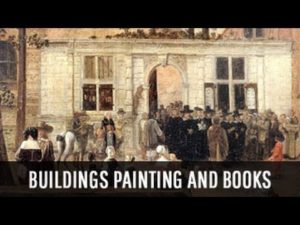 The narration of heroic men and women was a common part of many epics. It consists of stories of Gods and Goddesses. Silappadikaram is a famous Tamil epic composed by llango. Kalidasa is written in Sanskrit. Ved Vyasa wrote Mahabharata in Sanskrit around 1500 years ago. It is a story about a war fought between cousins – Kauravas and Pandavas.

In Indian art, Ancient Indian Paintings have a very long tradition and history. The earliest Indian paintings were the rock paintings of pre-historic times, the petroglyphs as found in places like Bhimbetka rock shelters, some of the Stone Age rock paintings found among the Bhimbetka rock shelters are approximately 30,000 years old. The painting history mainly consists of three categories i.e. mural painting, miniature painting, and painting on other removable media (fabrics, papers, wood, scrolls, etc).

Q1. Bhagavad-Gita is a part of which epic?

Sol. The correct answer is the option ”a”. Bhagavad-Gita is a part of Mahabharata

Q2. Explain the structure of a temple.

Sol. The Garbagriha was the most important part of a Hindu temple. This place had the idol of the main deity. The priests performed at this place and the devotees worshipped at this place. Garbagriha had a tower built on top of it. This marked the place as sacred. This tower was called the shikhara. Many temples had a big hall; called the mandapam. A large number of people could assemble in this hall.

Q3. Explain the structure of a stupa.

A pradakshina path, around the stupa was used by the devotees to encircle the stupa in a clockwise direction. This is a way of showing respect and devotion. The pradakshina path is usually surrounded by railings. A gateway was also built at the entrance. Beautiful carvings decorate the railings and the gateway.

Share with friends
Previous
New Kings and Kingdoms
Next
Buildings, Paintings and Books