Did you know that as per law a company is a legal person? In fact, a company has a personality, enjoys certain rights and has to fulfill duties as well. But how is this possible? It is due to a concept in law known as legal personality. Let us learn more about the legal personality of non-human beings.

So as per modern law, you do not actually have to be a person to have legal personality. The term ‘personality’ has a wider scope with respect to the law. 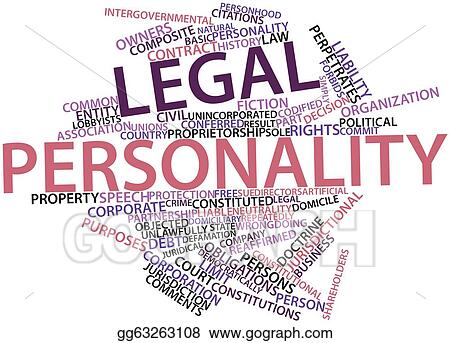 Law in many cases will grant non-human entities legal personhood. So in ancient times lower animals and beasts were punished by any wrong done by them.

However, with times our thinking and the law both have evolved. In modern law, animals are not considered legal persons. They are objects since they do not enjoy rights or have duties.

In modern law, we hold the master responsible for the acts of his pets and beasts. So he will be liable for any damage done by these animals under his care where he was negligent in their care and control. Also, the harm done to an animal will be considered as harm done to its owner or the society at large.

Also, modern law does recognize the need to protect animals of all kinds. So Indian law has made provisions for the well being and maintenance of animals. So as per the law,

Legal Status of Idol and Mosque

It has been judicially understood that idols are to be considered as judicial persons with a distinct and separate legal personality. So it can hold property in its own name. And like a minor, it has a guardian which is the priest or the pujari.

As per the historic case of Pramatha Nath Mullick vs Pradymumna Kumar Mullick, the privy council came to an important decision. The idol is a legal person and has the right to have its location duly respected. And a disinterested next friend can represent it, which the court will appoint.

A similar view was also upheld by the Supreme Court. In the case of Yogendra Nath Naaskar vs Commissioner of income tax, it was held that if an idol can hold the property it must also pay taxes. This further cements its status as a separate judicial entity.

As per Indian law, all corporates, companies, an association of persons, trusts, etc have a separate corporate personality. This is distinct from the personalities of their members and agents. This is why they enjoy perpetual succession.

Q: If an ox runs into a field and destroys some crops can we sue the ox for damage?

Ans: No, we cannot sue the ox for damage. This is because animals are not separate legal entities under the law. So we can sue the owner of the ox for his negligent care in controlling the animal, but not the beast itself.